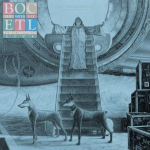 ‘Burnin’ For You’ – Blue Oyster Cult

“Burnin' For You” was Blue Oyster Cult's first Top 40 hit in five years, since “(Don't Fear) the Reaper” climbed to Number 12 on the Billboard Hot 100.

The song was written by guitarist Donald “Buck Dharma” Roeser and Richard Meltzer, who went to college with Roeser and bandmates Allen Lanier and Albert Bouchard at Stony Brook University. Another classmate, Sandy Pearlman, became the group's mentor and early producer.

“Burnin' For You” hit Number One on Billboard magazine's Mainstream Rock Tracks chart and Number 40 on the pop singles chart.

The Fire of Unknown Origin album was BOC's second consecutive collaboration with British producer Martin Birch, best known for his work with Deep Purple and Iron Maiden. Birch's previous collaboration with the band, Cultosaurus Erectus, was the group's highest charting album in the U.K.

Fire of Unknown Origin peaked at Number 24 on the Billboard Top 200 and earned a gold album certification.

It was also Albert Bouchard's last album with the band. He left in the summer of 1981 and was replaced by Rick Downey, who had been BOC's road crew chief.

The melodic style of “Burnin' For You” was an indicator of the music Roeser would release on his first solo album, Flat Out, which came out in 1982.