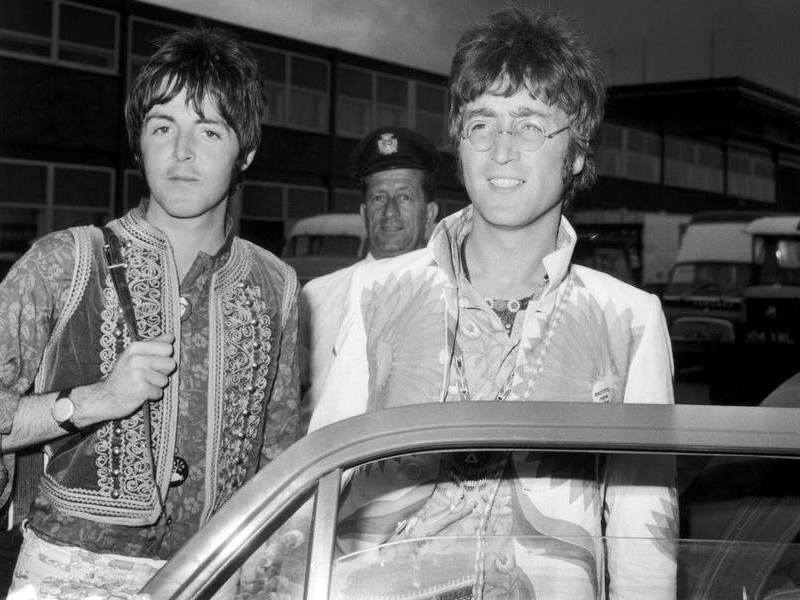 It looks as though Paul McCartney is once again trying assert his importance in the Lennon/McCartney songwriting team. For decades, McCartney has had issues with the fact that his late partner's name has come first in how the pair has been listed, taking particular umbrage in John Lennon getting "top billing" for Beatles songs he had little or nothing to do with.

Save for only three songs — "Please Please Me," "A Hard Day's Night," and "A Day In The Life" — McCartney's new career-spanning tome, The Lyrics: 1956 To The Present, credits all the co-written Beatles songs to "Paul McCartney and John Lennon."

According to insiders, at the time of the Back In The U.S. credit change, McCartney was reacting to Yoko Ono pulling his name off Lennon's 1969 Plastic Ono Band debut, "Give Peace A Chance" — despite the fact he had no hand in its writing or recording.

At the time, Ringo Starr told us that he was disappointed with McCartney's decision to reverse the songwriting credits: ["I think that the way it was done was underhanded, just to change 'em. I mean, 'cause there are a couple of tracks with my name on it — maybe I'll put that first."] SOUNDCUE (:08 OC: . . . put that first)

A while back, Paul McCartney explained that he's in no way trying to diminish Lennon's contributions to the Beatles or tarnish his reputation: ["I wasn't trying to elbow John out at all. He used to get a little bit pissed off, actually, because he'd go into a restaurant, and the pianist would go (sings 'Yesterday,' laughter) — he'd go, 'I didn't write that one!' And I rang up (Yoko) and asked for that as a favor and it was refused, and I thought, 'Wait a minute — you weren't even there when I wrote it!"] SOUNDCUE (17: OC:. . . I wrote it)