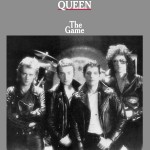 ‘Another One Bites The Dust’ – Queen

Recorded: Winter and spring 1980 at Musicland Studios in Munich, Germany

“Another One Bites The Dust” was one of several departures for Queen on The Game, which also included the rockabilly-styled track “Crazy Little Thing Called Love.”

The song was heavily influenced by the American R&B group Chic, along with Sugarhill Gang's hit “Rapper's Delight,” from which John Deacon nicked the track’s bass line.

Deacon said that “I listened to a lot of soul music when I was in school, and I've always been interested in that sort of music. I’d been wanting to do a track like 'Another One Bites The Dust' for a while, but originally all I had was the line and the bass riff. Gradually I filled it in and the band added ideas.”

“Another One Bites The Dust” was a smashing success, hitting Number One not only on the Billboard Hot 100 but also on the disco and soul charts.

Deacon: “I could hear it as a song for dancing but had no idea it would become as big as it did. The song got picked up off our album and some of the black radio stations in the U.S. started playing it, which we’ve never had before.”

The song also hit Number Seven on the U.K. chart.

Rapper Grandmaster Flash later sampled “Another One Bites The Dust” for one of his songs.

The Game was Queen's most successful studio album, spending five weeks at Number One on the Billboard 200 chart and selling more than five million copies.