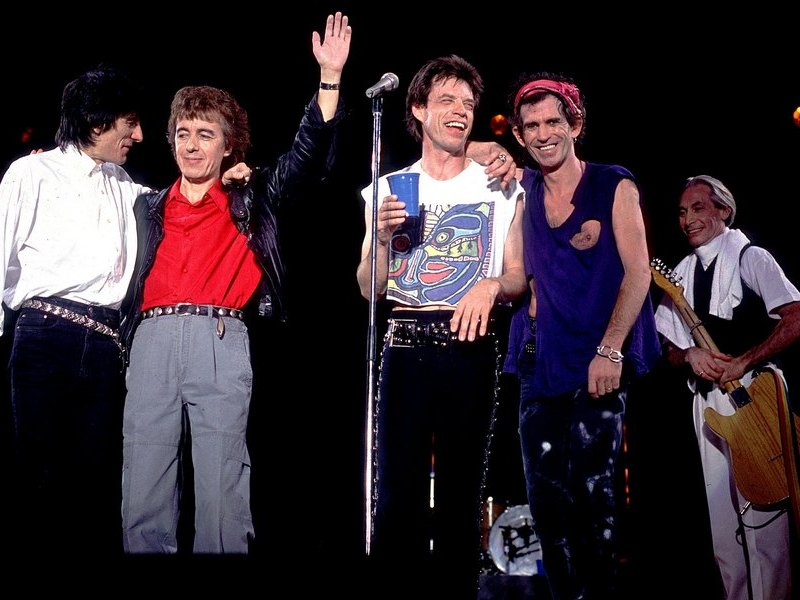 Chuck Leavell, the Rolling Stones' longtime keyboardist and musical director, says the entire band is still coming to terms with the death of drummer Charlie Watts. Watts died of cancer on August 24th at the age of 80. He's been replaced for the current dates by Steve Jordan, Keith Richards' primary solo collaborator for the past 35 years.

Chuck Leavell told The Atlanta Journal-Constitution, “We all are still pining and sad over the loss of Charlie. We knew that he was ill; we knew that he was not going to be able to make this tour, and he had already given Steve Jordan his blessing to do that. Actually we all expected a full recovery over time. So when the news came, I was in a car halfway to the airport to start rehearsals. I saw the email and it was just devastating. I had to hide my face several times in the airport, thinking of him and getting emotional. We miss him very much.”

He went on to explain, “But you know Charlie Watts would never want to be the reason this band would stop, I can tell you that. We took a day or two to talk about Charlie and share some stories and grieve. And then carry on. And that’s what we’ve done. We honor Charlie, and celebrate him at every show.”

Regarding Steve Jordan stepping into the drum spot for Watts, Leavell explaining, “He’s been part of the Stones family, so he was definitely the logical choice. You know Steve is a fantastic drummer. He has a slightly more aggressive style of drumming. We’re adjusting to him, and he’s adjusting to us, but it’s really, really working out well. He studied, and he studied hard.”

In 1982, Chuck Leavell replaced former-Faces member Ian McLagan to become the Stones' keyboardist for the European leg of the band's tour behind Tattoo You — a gig he's had since then. Leavell, who also played with Eric Clapton, had previously achieved fame as part of the Allman Brothers Band and his own group, the Allmans off-shoot ensemble, Sea Level.

After playing an identical show night-after-night, for the band's 1989/1990 Steel Wheels/Urban Jungle trek, Leavell told us he pressed the Stones to stretch out and really explore their entire catalogue: “I said, 'Let's dig deep guys' — and we did. And so I started taking notes. I would do chord charts on early songs that the band had done, or I would take notes — 'Do we have horns? What were the horn parts? What were the background vocals? Did we change the arrangements for any reasons?' And so, I began to take copious notes during that experience. And so, I, sort of, came to be the 'go-to' guy: 'Hey Chuck, how does the middle-eight go?' 'Hey Chuck, what's the tempo of this?' I keep a lot of that in my head, but I have the notes to refer to. I now have two encyclopedic notebooks that encompasses most, y'know, I would say 90 percent of the work that the band has done.”