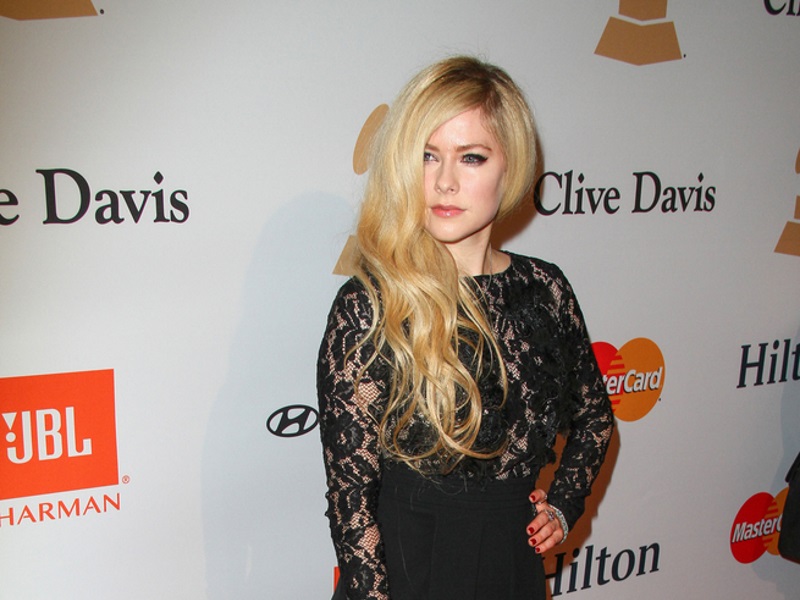 Over the weekend, Avril Lavigne announced a new single. On social media, she wrote: “Are you ready to Bite Me?”

She posted a photo wearing a plaid mini-skirt, a black bustier with lace up boots, sitting behind a cake with the song title, “Bite Me” decorated onto it. She tagged Marshmello, whose involvement in her music is unclear.

Just last week, she posted that she had signed a deal with Travis Barker’s DTA Records. Photos show them celebrating by drinking champagne and smashing cakes across each other's faces while she signed the contract.

The two also performed together last week on The Late Late Show with James Corden.

The new single will be out on November 10.