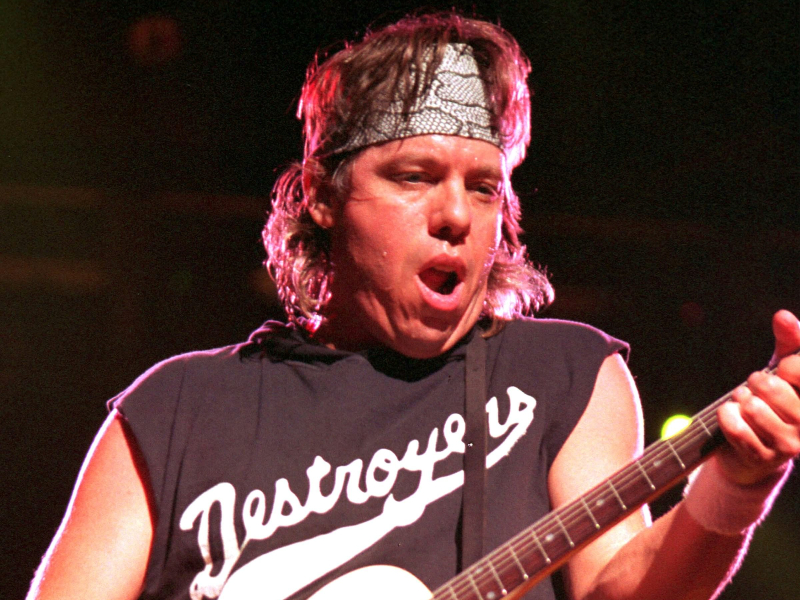 George Thorogood & The Destroyers Back On The Road

George Thorogood & The Destroyers are back on the road and play tonight (November 9th) in San Diego at Humphreys Concerts By the Bay. The band will be on the road through December 18th, when they close out the year in Miami, Oklahoma at the Buffalo Run Casino & Resort.

George Thorogood told us that the secret to his continued success over the years simply amounts to delivering a quality product at a fair market price: ["A good cheeseburger will never go out of style. Some things come and go — you drive by a 7-Eleven, or a liquor store; one sign that's always in the window is Budweiser. Not Dom Perignon — Budweiser. So I figure George Thorogood and the Destroyers are the Chevy, Chevy Suburbans and double cheeseburgers and Budweiser of America. And that's not a Sh Na Na thing, it's just something people can depend on that doesn't cost a lot of money!"] SOUNDCUE (:25 OC: . . . lot of money)

We asked George Thorogood — who's never been one to look back nostalgically on his career — what it feels like for the Destroyers to have a solid 40 years under their belts: ["Things have gone so well for us over the – probably for the last 10 years or so, things have really picked up for our act. Y’know, better venues, we got a great staff, we got many more songs to play than we did 40 years ago. We play ‘em better than we used to! Better travel conditions, so as time’s gone on, it’s been refreshing, it feels like, ‘Boy, I wish it’d been this way in the beginning (laughs)!"] SOUNDCUE (:21 OC: . . . in the beginning (laughs))