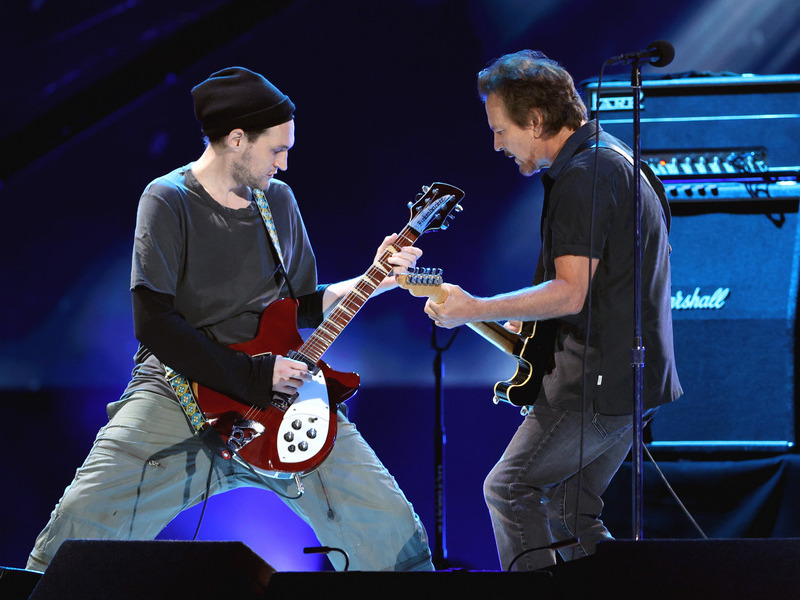 During a chat with Consequence Of Sound, Klinghoffer spoke about performing with his heroes in Pearl Jam: "It’s enormously gratifying. My bedroom wall when I was like 11, 12, 13 years old was all these people. I feel like I’ve known these guys for 30 years already, I don’t know if that will make it work better or not."

Klinghoffer went on to say, "I mean obviously the role that I’m filling in their band is kind of funny at the moment, just in terms of the music that they’ve recorded in the past and the songs that I know really well. I’m sort of doing a new role, playing a lot of percussion or background vocals, predominantly with the new stuff. And then anything that’s an older song that has a harmony, extra little things that they sort of get by without, I have free range to add if it makes sense to."

Red Hot Chili Peppers drummer Chad Smith told us a while back about Klinghoffer's playing style: ["Josh is not a hit you over the head kind of guy. He comes at you like a fog, y'know? It kind of envelopes you and he's like a sonic architect more than like a riff guy. But he comes up with the coolest, smart, cool — like he can rock hard, no doubt about it. Josh can get his rock on. But Josh is an incredible musician."] SOUNDCUE (:21 OC: . . . an incredible musician)