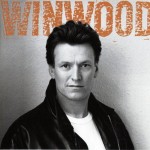 ‘Roll With It’ – Steve Winwood

Recorded: Early 1988 at Windmill Lane in Dublin, Ireland, and McClear Place in Toronto

“Roll With It” was the first single from the Steve Winwood album of the same name.

Winwood wrote the song with longtime lyricist Will Jennings, but its musical similarity to the Jr. Walker & the All-Stars 1965 Motown hit “Shotgun” was obvious. To avoid litigation with that song's writers — the Motown team of Holland-Dozier-Holland — Winwood gave them credit for co-writing “Roll With Me.”

The Roll With It album hit Number One on the Billboard 200. It's sold more than two million copies.

The album peaked at Number Four in the U.K.

Another track from Roll With It, “Don't You Know What the Night Can Do?”, became the theme for a Michelob beer commercial.