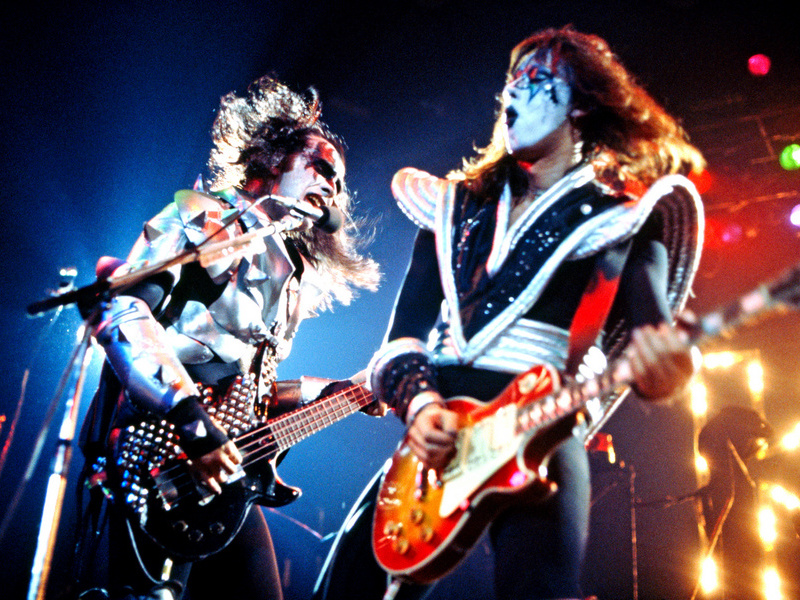 40 Years On Kiss Looks Back At ‘The Elder’ With Embarrassment

Paul Stanley and Gene Simmons took time out to look back on Kiss' failed 1981 concept album Music From 'The Elder.' The album, which was the band's ninth studio set, was released 40 years ago today — November 10th, 1981 — and was produced by the legendary Bob Ezrin, who was behind the boards for Alice Cooper's '70s smashes, Kiss' own 1976 watershed release, Destroyer, and Pink Floyd's then-recent chart-topper, The Wall. The album is perhaps most notable for Lou Reed co-writing the album's single “A World Without Heroes” with Stanley, Simmons, and Ezrin.

In a chat with Yahoo! Entertainment, Paul Stanley recalled the band's debacle, which stalled at a miserable Number 75 on the Billboard 200 albums chart: “We were lost. We were delusional. We had become complacent and kind of ungrateful for the success that we had and what it was based on. So, we were lazy, and I think we had all become very comfortable in a rich, so to speak, lifestyle, and became more concerned with how our contemporaries viewed us rather than our fans. And I think the fans were forsaken. We couldn't make a rock album. We had no teeth. We were gumming at that point.”

Gene Simmons, who had written the back-story for The Elder added, “That was a dishonest record. . . The Elder was misdirected. We were very popular and played stadiums and stuff. . . It started with a story treatment that I wanted to turn into a movie — a Tolkien-esque of a thing, with inspiration from The Watcher from Marvel and so on. . . We brought Bob Ezrin back, who had produced possibly our best record, Destroyer, up until then. . . It was Bob Ezrin who said, 'Let's do a concept record. Gene, I like your story. Let's craft songs based on your story.'”

Simmons went on to explain, “The real story behind The Elder was this kind of self-deluded notion: 'Hey, the Who had Tommy! Let's have our own Tommy!” And why do you need that? Y'know, it's like, (Led) Zeppelin didn't have Tommy. And they did fine.”

Paul Stanley told us that these days, he tends to look at the big picture when considering Kiss' career: “When you think of Muhammad Ali, you think of him as the champ. You don't think of the times he lost — and he did. I'd rather think of us in those terms. Nobody stays on top all the time, but who's been champ longest?”