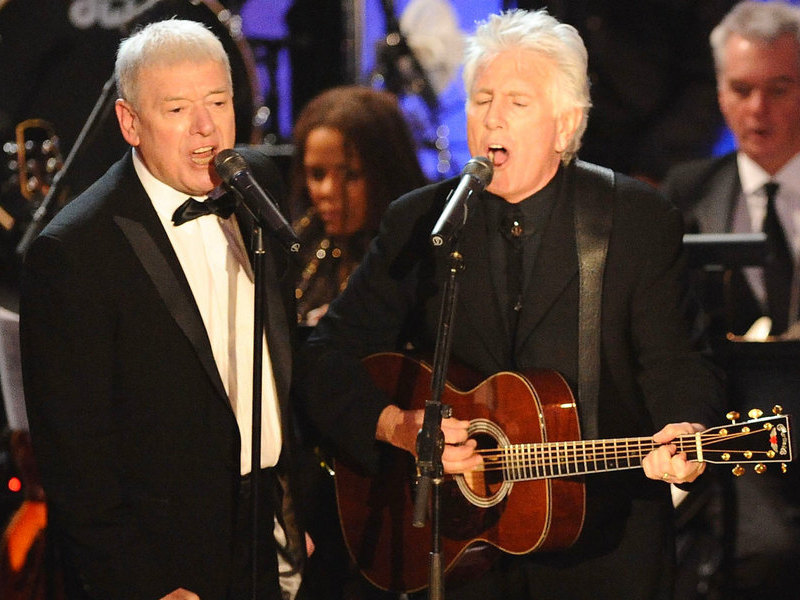 Hollies co-founders Graham Nash and Allan Clarke are reuniting for a new album, according to ABC News. While promoting his latest photo book, A Life In Focus, which is set to be published on November 16th, Nash explained, “I’m actually working on an album with Allan Clarke, my friend since I was six-years-old. We’ve been remotely recording. We’ve got eight tracks, and it’ll be a really fun album.” No title or release date was announced.

Clarke, who ended a 20-year retirement back in 2019, performed live with Nash when the Hollies entered the Rock and Roll Hall of Fame back in 2010 and again the following year when Nash and David Crosby played London's Royal Albert Hall. Nash reunited with the Hollies in 1983 for the album What Goes Around. . . and its subsequent tour.

Just prior to the Hollies' 2010 Rock Hall induction, Graham Nash explained to us the band's induction was particularly emotional for him: “This time was very different for me. I was really thrilled that the Hollies made it finally. I think they thoroughly deserve it. I mean, we had so many hits — y'know, even when I was with them we had 18 or 20 Top 20 hits. Y'know, so (we were) a pretty significant band. They were eligible I think in '89, which is usually 25 years from the day you first recorded. I was particularly thrilled for my friend Allan Clarke. Allan Clarke was the lead singer of the Hollies, and has been my friend for 63 years. And to have made that full circle all the way back to standing on the stage at the Rock and Roll Hall of Fame singing with my friend Allan Clarke was a thrill for me.”