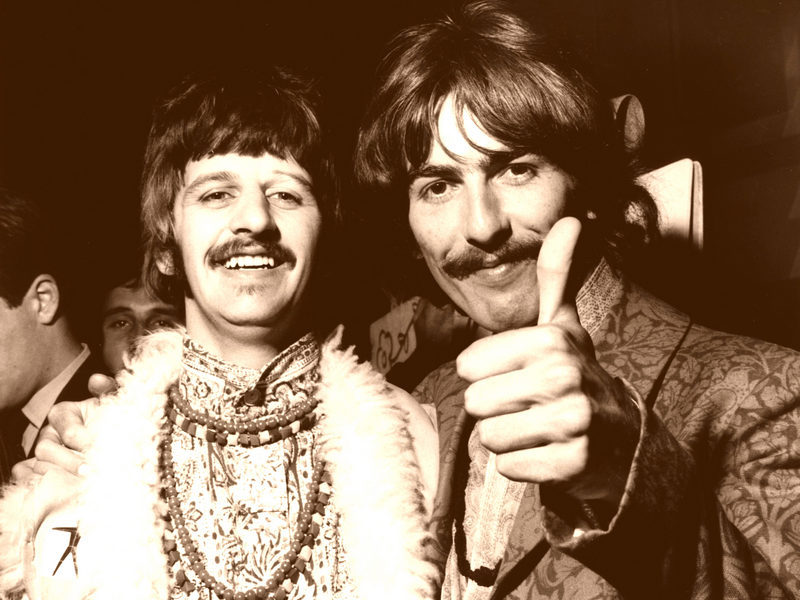 A previously unknown 1968 recording featuring George Harrison and Ringo Starr has been discovered. The Guardian reported the tune, titled, “Radhe Shaam,” was written and produced by journalist Suresh Joshi, and was recorded during the summer of '68 at London's Trident Studios when the “Fab Four” were working on “Hey Jude.” The track features Hindi-language vocals by singer Aashish Khan.

Joshi, who is Indian, recalled how he and Harrison came to connect: “I stood out like a sore thumb. . . we started talking about philosophy in general.” He went on to reveal how the Beatles' guitarist spoke about his growing dissatisfaction in the group: “He said he was the underdog. . . that he had lost his confidence.”

Joshi premiered the track on BBC radio and explained he rediscovered the tape during the pandemic: “It was lost and found many times. We didn't have the chance to release it.” He hopes release the song to benefit charity, adding, “Leave it to humanity, that's what George wanted to do. I hope the fans will love it.”

George Harrison explained that the climate in which the Beatles were living during the 1960's was truly like no other: “I think that period felt special because there was a great surge of energy and consciousness. Because there was so much attention given not just to the Beatles, but to everything that was taking place — all the changes that were happening with fashion and with filmmakers and poets and painters and that whole thing. It was like a mini-renaissance.”