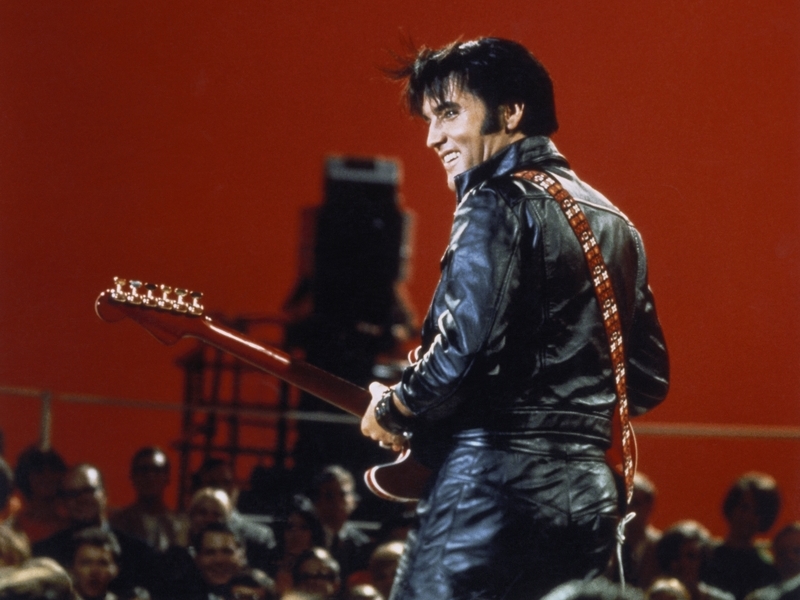 Elvis Presley ‘Back In Nashville’ Collection Out Today

Out today (November 12th) is the four-disc set, Elvis: Back In Nashville, featuring a whopping 82 original recordings capturing “The King” and his musicians live-in-the-studio laying down basic tracks. The collection chronicles Elvis Presley's final Nashville sessions.

Some of Elvis' 1971 Nashville studio recordings appeared, with subsequent orchestral and vocal overdubs, on 1971's seasonal collection Elvis Sings The Wonderful World Of Christmas, his 1972 Grammy Award-winning gospel album He Touched Me, as well as that year's Elvis Now album.

According to the official announcement:

Disc Two of Elvis: Back In Nashville features 25 tracks divided between The Religious Sides (classic and contemporary gospel) and The Christmas Sides (sacred and secular seasonal holiday music).

Disc Three of Elvis: Back In Nashville features 19 tracks and picks up on the country pop repertoire of Disc One and adds some rock 'n' roll with a variety of cuts including impromptu performances of (Chuck Berry's) “Johnny B. Goode” and the Beatles') “Lady Madonna,” an epic take on Bob Dylan's “Don't Think Twice, (It's Alright)”, fresh interpretations of (Kris Kristofferson's) “Help Me Make It Through The Night,” (Gordon Lightfoot's) “Early Morning Rain” and more.

Disc Four of Elvis: Back In Nashville features 20 tracks and includes The Religious Outtakes and The Christmas Outtakes.

During Elvis' June 9th, 1972 New York City press conference, he was asked why he had stayed away from tackling hard rock on his recent albums: “It's very difficult to find that type of song and it's hard to find good material nowadays — y'know, for everybody. For all of us. It's just. . . It's very difficult to find any good, hard rock songs. If I could find 'em, I, I, would do it.”

“The King” was pushed as to whether his song pool for his records was locked into his personal publishing house — or whether he feels free to record songs for which he has no financial stake: “Yes, I'm in a publishing firm — but I'll takes songs from anywhere, y'know, or from anybody if they're good. It doesn't have to be in my company. It could be, just an unknown person, or just anybody who writes a song, if they can get it to me — if it's good, I'll do it.”