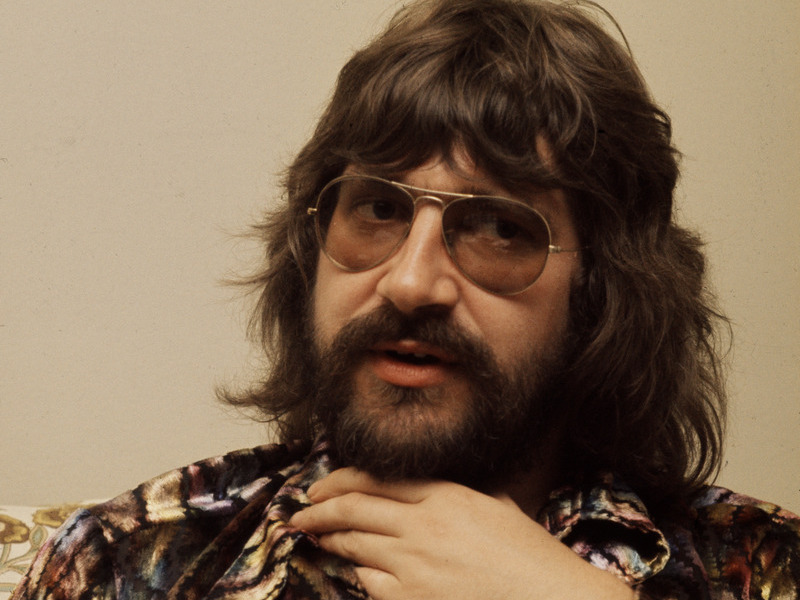 The Moody Blues' co-founder and drummer Graeme Edge has died at age 80, according to Rolling Stone. No cause of death was announced. Guitarist Justin Hayward posted on Facebook, “It’s a very sad day. Graeme’s sound and personality is present in everything we did together and thankfully that will live on. When Graeme told me he was retiring, I knew that without him it couldn’t be the Moody Blues anymore. And that’s what happened. It’s true to say that he kept the group together throughout all the years, because he loved it.”

Bassist John Lodge saluted his friend and bandmate on Twitter: “Sadly Graeme left us today. To me he was the White Eagle of the North with his beautiful poetry, his friendship, his love of life and his 'unique' style of drumming that was the engine room of the Moody Blues.”

Graeme Edge was part of the original lineup of the Moody Blues founded in 1964, which featured former Wings co-founder Denny Laine, Ray Thomas — who died in 2017, Mike Pinder, and Clint Warwick. He and Thomas stayed on as the band moved from their R&B British Invasion era through the psychedelic prog that was spearhead by new recruits Justin Hayward and John Lodge.

Edge was renowned for contributing the spoken word passages in such Moodies classics as “Late Lament,” the poetry in “Nights In White Satin” — which was recited by pianist Mike Pinder, and “Departure,” which opened the 1968's In Search Of The Lost Chord and led into “Ride My See-Saw.”

Graeme Edge took great joy in bringing the Moodies music to the masses. He explained that although the group's setlist didn't vary drastically from tour to tour, the show's music was always evolving and being restructured: “Mostly it's dynamics that you change; you might put more on the beginning or more on the end. The heart of the song remains, more or less, the same. Except for a couple of the longer ones where we've chopped out a couple of verses so we can get more songs in (the show). The intro and the outro we often put a lot more music in there — a bit of a guitar solo, stuff like that.”

At the Moody Blues' long-overdue 2017 Rock Hall induction, Graeme Edge showed the world why every Moody Blues fan had such a soft spot for him over the years: “I'm not going to make a long speech. I'm 77-year-old, I ain't got time (laughter). The first thing I wanna do, I wanna thank Jus(tin) (Hayward) and John (Lodge) for putting up with me for 50 years. I wanna thank me for putting up with Jus and John for 50 years and counting (laughter, applause). I wanna thank everyone in the world that's ever helped me. Thank you (applause).”