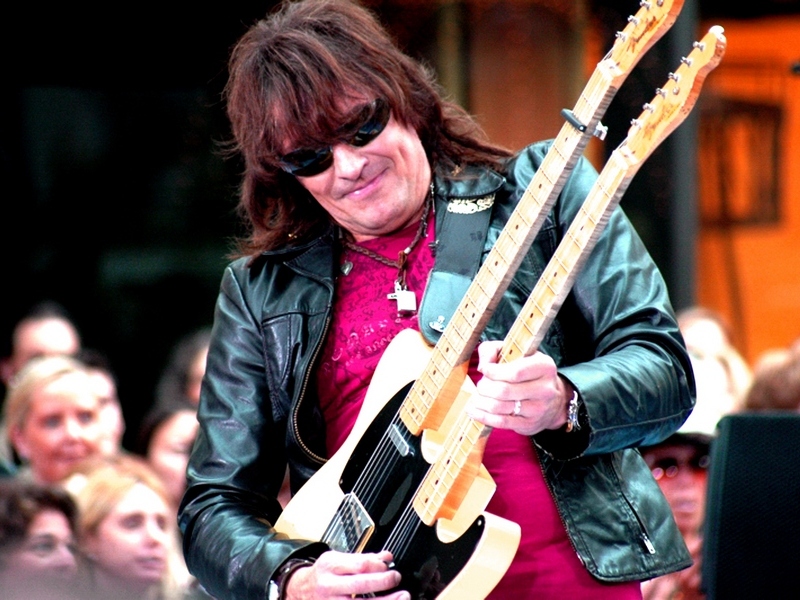 Richie Sambora has opened up about his role in Bon Jovi.

While speaking with Nile Rodgers on Apple Music's Deep Hidden Meaning Radio, Sambora spoke on his time being in the group prior to him leaving in 2013.

He explained, “We had the most heavily armed recreational vehicle. Our bus driver used to be a green beret. We had AK-47s, and pistol. … He says, 'Hey boss, you feel like shooting some up?' We're painting our faces, mowing down cactuses and we weren't hurting anybody or anything…That's the kind of thing when you're on tour when you're young like that. There was times like that where the camaraderie was very, very deep.”

The cofounder of Chic noted the “strange” instance where people assumed Bon Jovi was responsible for “all of the singing.”

To this, Sambora replied, “And all the writing…That was part of my deal, to shut the f**k up. If I had a coffee place, the sign would say, ‘Have a hot steaming cup of shut the f**k up?’ That would be my coffee place. And you know what? Guess what? I did it. And it worked out because that's what he needed, for whatever reason.”