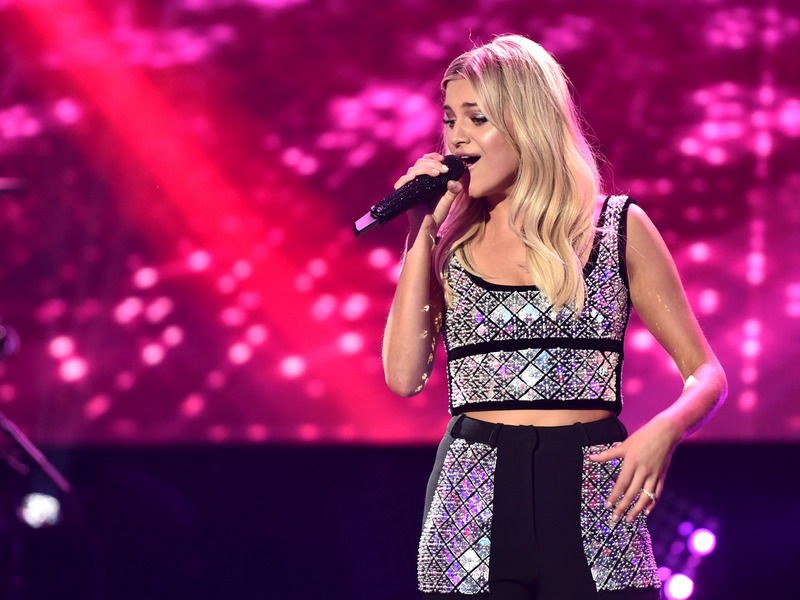 Kelsea Ballerini Touches On Some Tough Topics In New Book

Kelsea Ballerini gets very personal in the poems that make up her very first book, called Feel Your Way Through, which is in stores now. She touches on such childhood experiences as having an eating disorder through her teen years as well as surviving a high school shooting and watching a class member die.

In the poem titled “Kangaroo,” Kelsea writes, “A boy named Jackson called me 'kangaroo' when I was a freshman in high school … he explained this new nickname because of my belly and little legs.” As a result she “battled bulimia, took diet pills and worked out excessively until, at age 18, she sought help after passing out 'several' times,” according to People magazine. Kelsea said, “It's a journey, and it's never-ending.”

In the poem called “His Name Was Ryan,” Kelsea details watching her 15-year-old classmate Ryan McDonald get shot in the chest and die at the hands of another 15-year-old classmate in the school cafeteria. Kelsea writes, “His name was Ryan, and he died on the cafeteria floor from a gunshot wound to the chest. I can't be too sure, but I think I saw him breathe his last breath. I'm scared of loud noises, I'm triggered by the news, I'm terrified of guns, I'm sensitive in crowds. But I'm alive. And because of a boy named Ryan, I know what a gift that is.”

Feel Your Way Through: A Book of Poetry was released yesterday (Tuesday, November 16th).