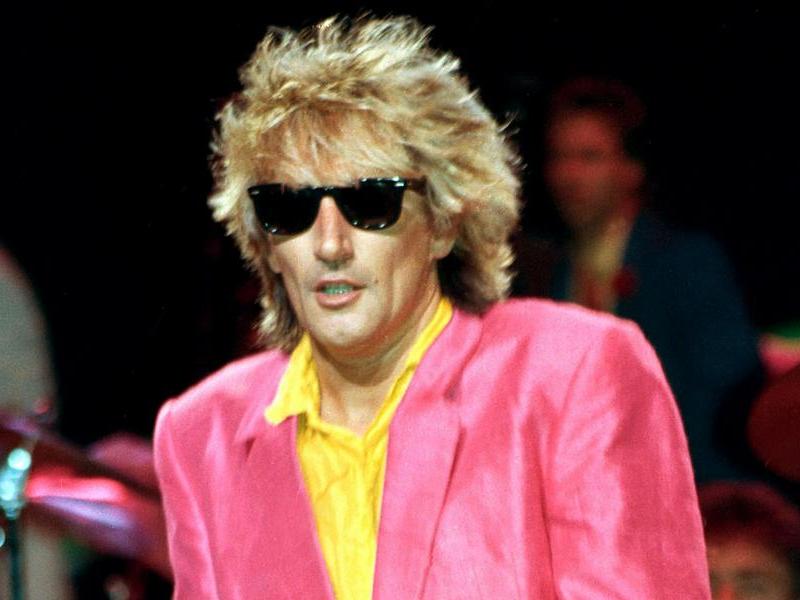 Rod Stewart only just recently found out why he didn't play 1985's legendary Live Aid concert. Rod, who was busy promoting his 32nd album, The Tears Of Hercules, explained to the BBC, “We actually were supposed to do it but a few guys in the band told me that our ex-manager turned it down because I wasn't getting the right news coverage. He only wanted me to do it if I got on the CBS news at 10 o'clock. He said, 'If not, he's not doing it.' And that's not what it was all about. It was to raise money for kids. It wasn't about what news channel you were going to be on in America. I only just found this out. I thought it was weird that I didn't do it.”

Rod credits the pandemic for giving him the proper amount of time to recharge his creative batteries and get himself the proper medical care he needed: “I think the lockdown gave me the opportunity to really zero in and get personal with the tracks. But I was very fortunate — lockdown was a lot easier on me than it was for families who had three or four kids in two rooms in a high rise. Yes, we had our moments of tears but, by and large, we got through it pretty easily.”

He added: “And I also had time to take care of some medical problems. I had a knee replacement in my right knee, which has been giving me gyp for the last six years. So I'm very sprightly now. It's the best thing I ever did.”

When pressed about the rumor, supposedly started by the late, great-Small Faces and Humble Pie frontman Steve Marriott, that Rod's signature hairstyle was due to running mayonnaise through his locks, Rod said, “No, that's a load of bollocks. Absolutely not true. The only thing I used to use when I first started getting this 'bouffant,' as they call it in France, was warm water and sugar. So no, I've never used mayonnaise. That's ridiculous. Can you imagine the smell?”

A while back, Rod Stewart explained to us that he's never once considered giving up what he does: “You never outgrow hits, I mean, it's always a big thrill to ya. I'm a committed musician. I love it. I love makin' music, I really love gettin' up and singin' for people. I see the smiling faces and you go home and you think you've sent them all home happy.”