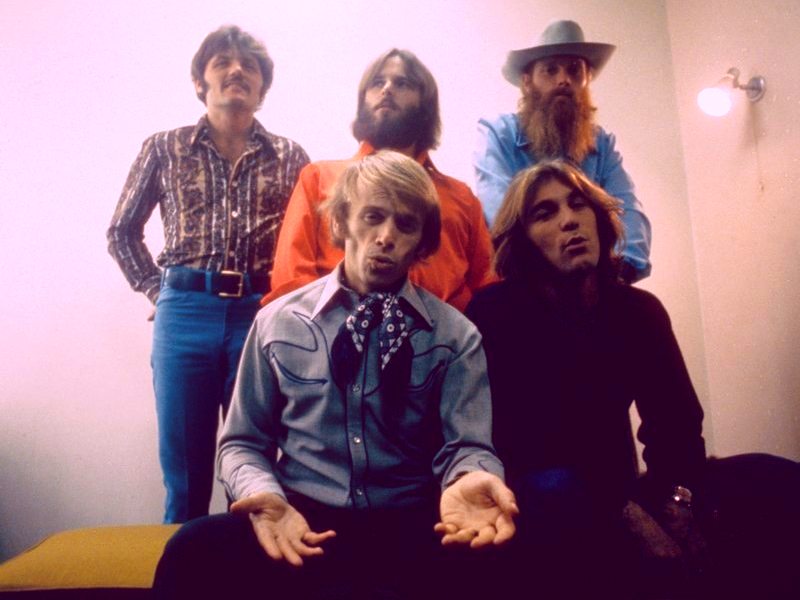 The collection, assembled by producers Mark Linett and Alan Boyd with the help of Brother Records consultant Howie Edelson, also includes newly remastered versions of 1970's Sunflower set and its 1971 followup, Surf's Up.

Beach Boy Bruce Johnston was asked by Mojo about the prospects of the living Beach Boys all getting together for some type of 60th anniversary celebration, and revealed, “I asked Mike (Love) about it and he said, 'Maybe we’ll do a concert or two together. Who knows?'”

Co-founder Al Jardine explained, “Brian (Wilson's) people want it. I want it. I’m sure Bruce does. So it’s really up to Mike, if he wants to join the party or not. I think he’ll come around at some point. We should do at least a dozen big shows in the major capitals. I mean, why can’t we put the fans ahead of us for a change and give them what they want?”

Bruce Johnston recalled that the “Feel Flows” era was among the most productive and friendliest bunch of sessions the Beach Boys ever undertook: “Everybody was kind of grown up — but still young, and they used the studio as the 'man cave.' And they brought songs in and I, I found it kinda interesting to work on everybody's songs. We were all very cool friends, and Brian probably knew he couldn't make a whole album at that point; so we got the best outta Brian, but we also discovered, y'know, what other guys in the band could write and it was kinda interesting. And it had a lotta textures as far as the songs go, the voices, the leads — it was pretty good.”

Al Jardine recalled how Brian and the late-Carl Wilson had an almost sixth-sense while working together, and how Carl was on top of everything that Brian was laying down: “He was always very aware of the studio environment. He was a good studio cat. Brian would consult him on things as we grew musically. He trusted Carl and he could bounce things off him before the rest of us. And it was, kind of, a buffer. Carl played kind of that role, and Carl learned a lot from that.”

The Top 10 Reissues of 2021 according to Mojo magazine: