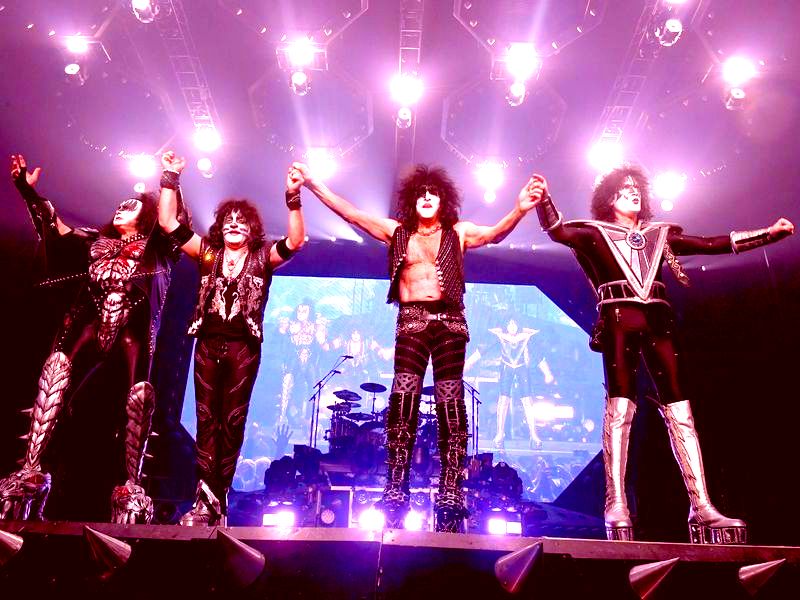 Kiss manager Doc McGhee says that the band pulling out of its 2021/2022 Las Vegas residency dates had nothing to do with reported “soft” ticket sales — but rather, health concerns for traveling fans.

Loudwire reported McGhee appeared on The Rock Experience With Mike Brunn podcast and shed light on the scrapped dates at the Zappos Theater at Planet Hollywood: “When we did it, I said we're gonna go until November 1st and see if we can get the people in from Europe. We have one chance for people to come to Vegas to see us because Gene (Simmons) and Paul (Stanley) will not tour after this year — they're gonna be done. So when we couldn't get the people in, and the restrictions were there, I said, 'We don't have to do it now. Let's do it later down the road when everybody gets a chance to see a different (show) of Kiss.'”

McGhee added, “This isn't Kiss 2.0 or any of that stuff — this will be a whole different vibe that people wanna come (and see). And we're gonna do 12 shows. Let people be able to come and see 'em for the last time in Vegas. It was hard enough on the (recently completed Kiss Cruise) –174 people couldn't come (due to COVID travel restrictions) 174 cabins, like 300 people.”

He went on to explain that plans are already in the works to bring Kiss back to “Sin City,” saying, “It's gonna be in, like, August. It'll be August or October. We're checking it out now.” There's been no announcement if the gigs will take place at Planet Hollywood or another venue.

Gene Simmons, who's been a songwriter for well over 50 years, told us that style will never trump substance when it comes down to the art of crafting a song, explaining that the groove and the melody need to be there before any of the bells and whistles: “At the end of the day, you're going to be judged by — and I'm not the judge or jury, by any chance — of the people, for the people, by the people. It's less about being in a punk band, 'cause other than the (Sex) Pistols and (the) Clash, there ain't no other punk bands. I know, we talk about the Misfits. . . but we're talking about successful bands.”