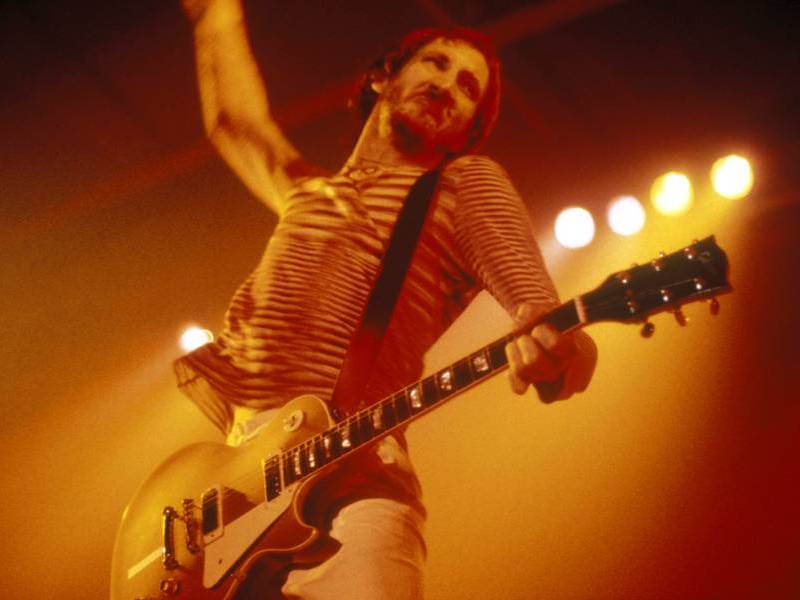 Pete Townshend is hard at work on the delayed 50th anniversary Who's Next box set. Townshend took to Instagram to spotlight his new studio space and reveal he had been up for three straight nights sifting through Who's Next and Lifehouse demos. No release date has been set for the collection, which will be released in 2022 — hopefully in time for the album's 51st anniversary.

When we last caught up with him, Pete Townshend explained to us that he devised his intricate home demos — many of which are featured on his three Scoop sets — to serve as blueprints for prospective Who tracks: “I just used to try to make the drums indicate (laughs) to Keith (Moon) what might work. Because he was a wild man. Y'know, he rarely bothered to keep the beat. Keith Moon played drums like and orchestral drummer, y'know, (imitates drum rolls) — y'know, he very rarely went 'boom-boom-dah, boom-dah-boom-boom-dah.' It was all kind of decoration. So I was kind of left to keep the beat. So on the demos I would try hard to give guidelines to Keith.”

Townshend told us that although “Baba O'Riley” — the Who's Next opening call to arms — has been a radio and concert staple for the band for decades, most Who fans haven't a clue what the song is really about: “'Baba O'Riley,' y'know that song was meant to be the opening music, the back story to the movie that was going to be Lifehouse. So, it's not about getting wasted, it's about the fact that we, at that time, back in those days, we seemed to as a society (to) have our way of giving our young people a sense of value.”