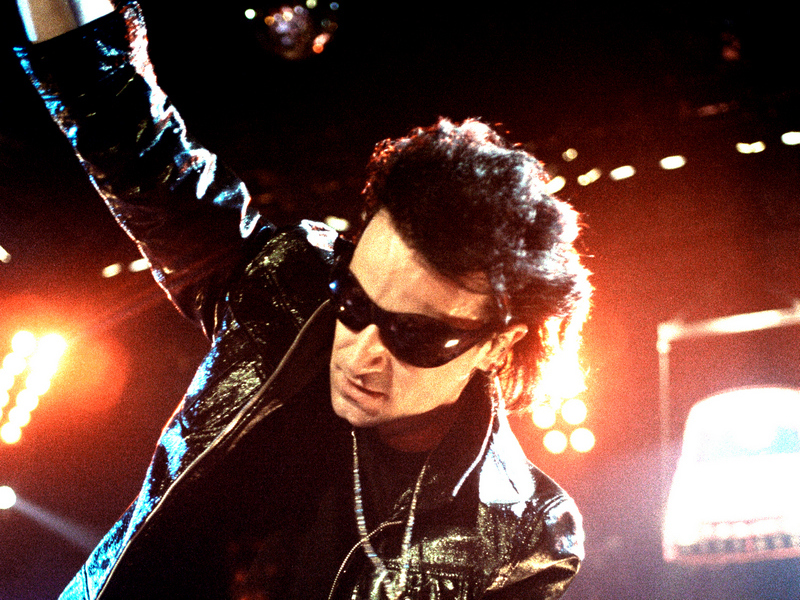 It was 30 years ago today, November 18th, 1991, that U2 released its seventh album, the groundbreaking Achtung Baby. The collection, which debuted at Number One on the Billboard 200, followed the band's 1988 stop-gap live and studio soundtrack to the Rattle And Hum movie, and served as the creative followup to the band's multi-platinum 1987 chart-topper, The Joshua Tree. Achtung Baby was recorded over six months at Hansa Studio in Berlin, Germany and Windmill Lane in Dublin, Ireland.

In 1993 the album scored U2 the Grammy Award for Best Rock Performance by a Duo or Group with Vocal. To date, Achtung Baby has sold 18 million copies globally.

Coming tomorrow (November 19th), is a special Standard and Deluxe vinyl release of the album, which will be followed on December 3rd by a 50-track Achtung Baby digital box set. The downloads will include Uber Remixes, Unter Remixes, and B-Sides with 22 tracks never-before available digitally.

U2 guitarist The Edge told us that part of the secret to U2's longevity has been constantly questioning the reason the group makes music: “I think we kinda check ourselves every once in awhile, just to make sure its still working for us. The criteria's always been the same. you know — Are we still making great records? Are we still relevant? Is it still working? Y'know, are we enjoying it, and are other people that listen to the records enjoying it? And so far we can answer 'yes' to all those questions.”

The rise of U2 in the 1980's broke the patterns set in the pop-centric atmosphere of the early part of the decade when style ruled over substance. Upon breaking with their “Live Aid” performance and The Joshua Tree, Bono made his presence known as not only a serious artist — but as a deep thinker: “Rock music to me is rebel music, but rebelling against what? In the '50s it was sexual mores and double standards, in the '60s it was the Vietnam War and racial and social inequality. What are we rebelling against now? If I'm honest, I'm rebelling against my own indifference. I'm rebelling against the idea that the world is the way the world is, and there's not a damn thing I can do about it. So I'm trying to do a damn thing.”