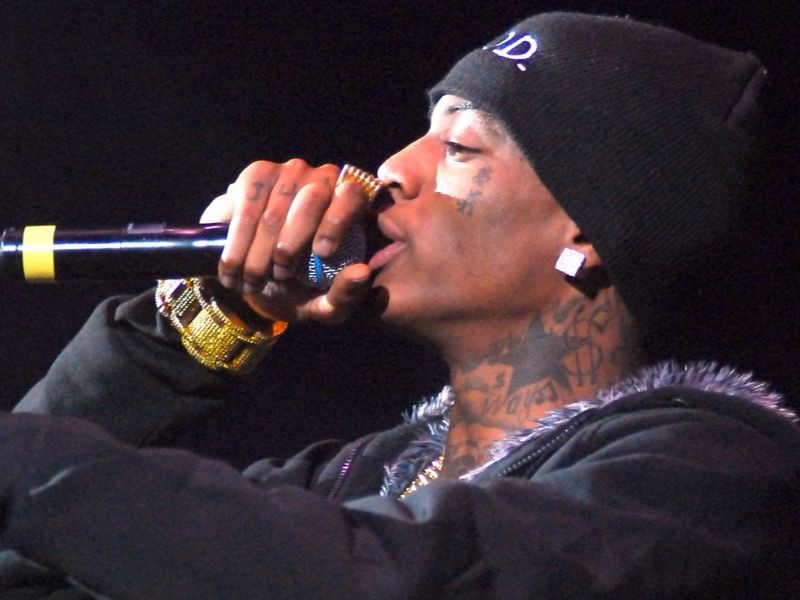 Yesterday (November 18th), G Squared Events announced that they were temporarily pulling Soulja Boy off of the Millennium Tour after the murder of Young Dolph. The tour company wrote via Instagram, “In response to the tragic shooting death of rap artist Young Dolph, The Millennium Tour 2021 Tour promoter, G-Squared Events, has determined that rapper Soulja Boy will not perform during this weekend’s tour stops in St. Louis, Missouri, and Memphis, Tennessee.”

The statement continued, “To preserve the safety of The Millennium Tour 2021 artists and patrons, tour representatives are exercising caution and want to make a smart decision to be safe. The safety and welfare of our patrons are the first and foremost priority. We pride ourselves on bringing high-quality concert experiences to our patrons. In times like this, we will stop at nothing to ensure that everyone that participates in these experiences is healthy, safe, and quite frankly having a good time.'”

Soulja Boy responded to the statement, saying, “I’m still getting paid what him dying got to do with me? I’m tryna see my fans?”

Last week, Dolph wrote on his IG stories that he received $100K for his shows and reiterated he was an independent artist. Soulja Boy responded and said, “This n***a mad because he’s signed to a motherf***ing record deal and his whole thing is ‘I’m independent.'” He continued, “N***a did I lie? You signed to Empire.”

Soulja Boy also released a single titled, “Stretch Some,” in which he received backlash.Many expressed that the song was insensitive considering Dolph was just killed, including rapper Trouble.

He tweeted, “I like da lil silly s**t soulja Be doin time to time, its entertainment, I get it. Don’t Be no p*ss azz n***a an drop no song kalled ‘stretch sump’ da next dayy as if u got active in my dawg losin his life dou! Das h* s**t luh Bruh @souljaboy an u kno wuzzam wit me.”

Soulja Boy responded in a now deleted tweet, “That song been out but what u wanna do n***a? U sound tough as hell on the internet f**k u talking about n***a.” He added, “B***h a** boy u could be next @TroubleDTE. All this clout chasing. N***az better mind they business.”