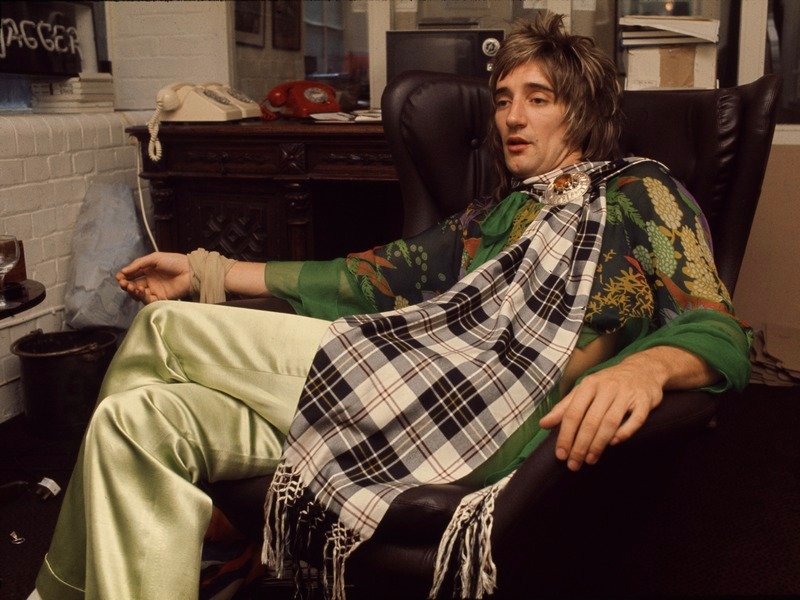 Rod Stewart Thinks His Sons Could Play Him In Biopic

After the runaway success of biopics on Queen and Elton John, Rod Stewart is all for seeing his story come to life on the big screen. While promoting his new album, The Tears Of Hercules, Rod was asked about his story finally coming to the big screen, admitting to The Guardian, “Well, I’m praying someone will make a biopic. There’s been rumors, but nothing yet. My two sons could play the younger me. They haven’t got the hair, but nowadays the wigs look very normal. Look at Elton’s barnet!”

When pressed about any songs he had wished — or wished he hadn't recorded — Rod revealed, “The only one I was a bit sad over was 'That’s What Friends Are For,' which was a big hit for Elton and Stevie Wonder (with Dionne Warwick and Gladys Knight), 'cos I did the original. The record company didn’t see it as a single, but then they got hold of it. No hard feelings or anything. Their version was good, but not as good as mine. That bloody Elton John again (laughs)!”

Back in 1973 Rod Stewart appeared on ITV's Russell Harty Plus and recalled the night he was discovered by singer and bandleader, Long John Baldry: “I was just lookin' at the (Rolling) Stones one night — this was about 10 years ago. And Mick (Jagger's) old lady at the time was Chrissie Shrimpton, and she said, “Come and see my young man, he's singin'' in a band.' I said, 'Alright.' So, I went over to Eel Pie and I saw about 12 people there. And there I was, waitin' for the last train back to Waterloo, and singing to myself, being every drunk, and singing a song, or two, and John said, 'That young man (laughs) over there can sing!' So he made a formal approach.”