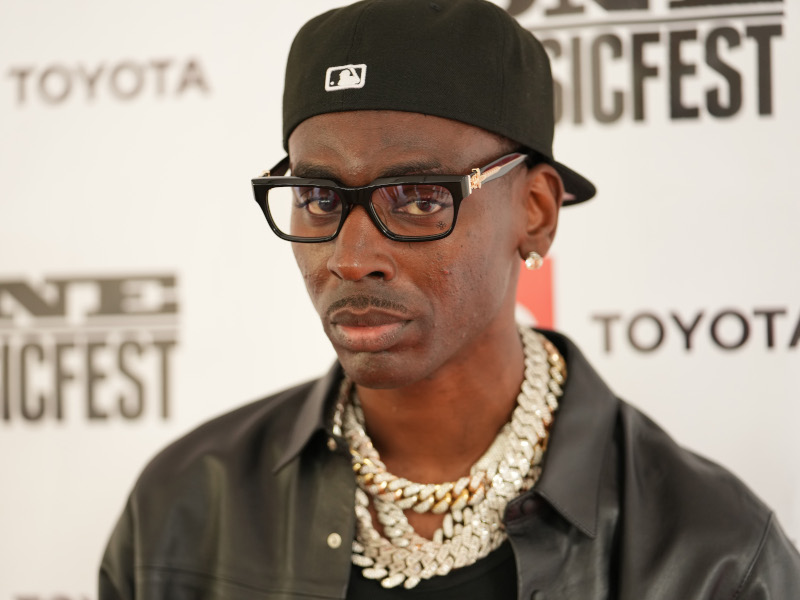 The alleged getaway car that was used by the killers who fatally shot rapper Young Dolph has been located. According to FOX13, a white Mercedes-Benz was found Saturday (November 20th) in the Orange Mound neighborhood of South Memphis. The white E-Class Coupe appeared to have been abandoned. Footage shows the vehicle being towed out a driveway of a residential home.

As previously reported, two masked gunmen pulled up and opened fire on Dolph while he was at Makeda's Cookies last Tuesday (November 16th). The two men fled in the white Mercedes. Police have released images of the suspects.

DOLPH WAS UNAWARE OF ANY THREATS TO HIS LIFE

Meanwhile, TMZ has reported that Dolph was unaware of any threats to his life or any beefs when he returned home for his annual Thanksgiving charity events. Sources close to the rapper said that he was excited to be back home and he felt safe enough to move around the city without security. Instead of cancelling Dolph's annual Turkey drive, his Paper Route Empire record label decided to proceed with out turkeys in Dolph’s Castalia neighborhood.

In other news, cops believe there is a connection to a homicide near a residence where the white Mercedes-Benz was found. A person was shot and killed in the Orange Mound section of Memphis yesterday (November 21st). According to witnesses, a dark sedan drove up and fired off at least six shots. A young man who was just a few feet away from the house where the Mercedes-Benz was recovered was struck by the gunfire. By the time the cops arrived, the unnamed individual was dead. Cops are investigating.