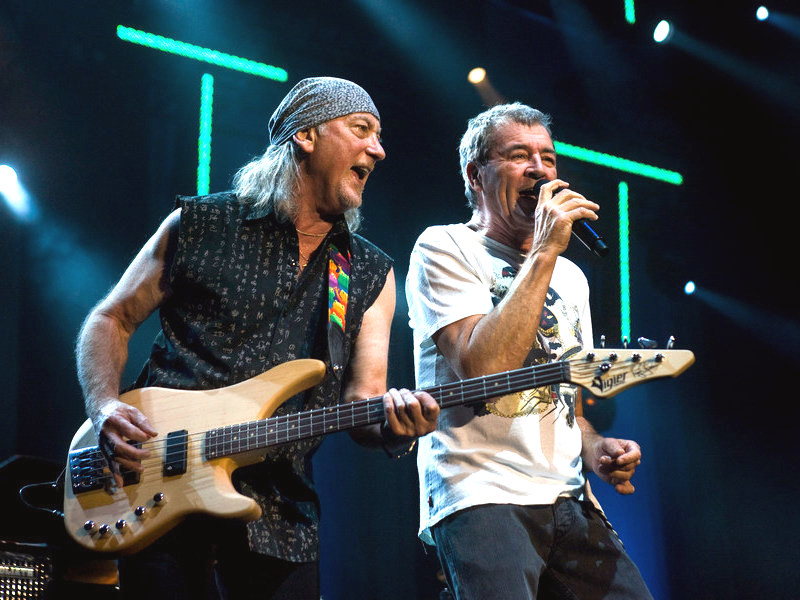 Coming on Friday (November 26th) is Deep Purple's new covers album, titled Turning To Crime. Once again the band has joined forces with legendary producer Bob Ezrin, with the band tackling new takes on classic cuts by Peter Green-era Fleetwood Mac, Love, Bob Dylan, the Yardbirds, Little Feat, the Bob Seger System, and Cream, among others. Due to the pandemic, the set marks the first time Purple has primarily recorded virtually.

Bassist Roger Glover told us that at this point producer Bob Ezrin feels like a full-time member of the band: “Very early on, we produced ourselves. All the (albums) Machine Head and Deep Purple In Rock, we all produced them ourselves. 'Cause we felt we didn't need anyone to tell us what to do. I produced the band a few times myself, and it's not an easy task — being in the band and producing it. So I'd actually much rather have someone else doing it, if that's the case. And I think no one really wants to bother with anything else other than making the music. So, someone else has to be in charge somehow.”

Turning To Crime marks Bob Ezrin's fourth time behind the boards for Purple, following 2020's Whoosh!, 2017's Infinite, and 2013's Now What?!. Roger Glover explained that the band connected immediately with Ezrin, who was blown over by the band's musicality and power onstage: “Bob Ezrin is someone who's much more than someone in charge. He comes with a track record that's gi-normous and I have a lot of respect for him. I, y'know, love some of his productions — before I even knew him. When he came to the show — he came to see us in Toronto and we had a meeting the next day and he was actually surprised, I think, at what we were. He wanted to capture the feeling that he had that night in the studio, somehow.”

The tracklisting to Deep Purple's 'Turning To Crime' is: “7 And 7 Is,” “Rockin' Pneumonia And The Boogie Woogie Flu,” “Oh Well,” “Jenny Take A Ride!,” “Watching The River Flow,” “Let The Good Times Roll,” “Dixie Chicken,” “Shapes Of Things,” “The Battle Of New Orleans,” “Lucifer,” and “White Room.”