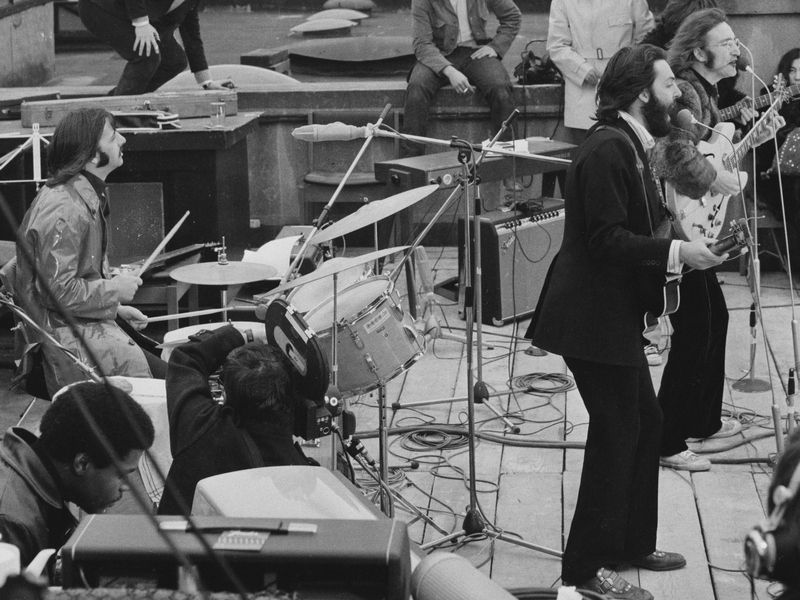 The Beatles’ ‘Get Back’ Mini-Series Premieres On Disney+ This Weekend

The long wait is finally over for Peter Jackson's The Beatles – Get Back documentary. The three-part documentary will roll out over three days, November 25th, 26th, and 27th, 2021, exclusively on Disney+. All told, the complete running time for all three parts comes out to about eight hours of never-before-seen footage of “The Fab Four” at work.

The January 1969 footage features the band in the midst of rehearsing and recording Let It Be, and spotlights the band at Twickenham Film Studio, their Apple basement studios, and eventually the Apple Rooftop where they gave their final performance on January 30th, 1969.

The film has been compiled from over 55 hours of unseen footage, filmed by Michael Lindsay-Hogg in 1969, and 140 hours of mostly unheard audio recordings from the Let It Be album sessions.

We caught up with Ringo Starr and he explained why the upcoming Get Back film bests the long out-of-print final Beatles film: “On the roof was seven minutes, eight minutes-long. On the roof with Peter is 43 minutes long (laughs). . . that’s. . . Y’know, it’s about the music — and a lot of joy. Y’know, I didn’t feel any joy in the original documentary. The fact that we found 56 hours of unused video tells you everything, really. And I said — ‘There’s lots of laughter (in that footage) — I was there! We were laughin’, we were having fun. We were playin’, y’know, we were doin’ what we do. It’s full of fun.' I mean, there was a lot of joy in makin’ those records.”

During a recent chat on the Australian 60 Minutes, Peter Jackson was still amazed at how good the footage looks in the new film: “It was shot on 16 mil, it was pretty grainy. It was sitting around for 50 years, so we put it through this pipeline and it's coming out — my God, it's coming out. . . like. . . It's incredible. It looks so unbelievable. You'd think it was shot now, it looks like a contemporary Beatles film.”

Paul McCartney — along with Ringo Starr, Yoko Ono, and Olivia Harrison — have all been thrilled with the recent catalogue remixes by Giles Martin and Sam Okell — including those found on the new super deluxe edition of Let It Be. He said that he's aware a percentage of fans that consider it almost sacrilegious to remix the Beatles' catalogue: “I think there will be people who are purists and want to hear it as it was. And y'know what? It exists as it was. So y'know, play your vinyl. Y'know, that is how it was, but obviously by allowing it to happen, we don't have a problem in cleaning (the masters) up. So for the purists, you stick to the pure sound and let other people hear it clean.”