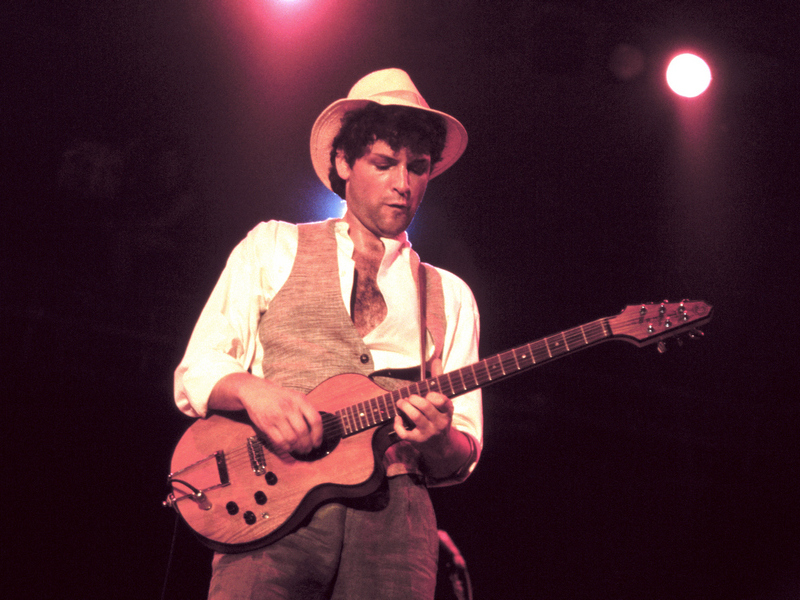 Lindsey Buckingham offered up some hard learned advice about creativity to fellow musicians. In a new interview with Clashmusic.com, the ousted-Fleetwood Mac leader revealed some tricks of the trade, explaining, “I’ve always admired guitarists who worked in service of the song. It’s a choice you make sometimes, to work for the good of the song. It means some people perhaps don’t take it in on that level, but if you’re doing your job right then you become integrated into the fabric. Sure, you’re not Eddie van Halen but that’s what a song should be, I think.”

Buckingham — who spent most off his time in collaboration with his Mac bandmates — went on to talk about the difference between working with partners and on your own: “Working with other people is like making a movie. I love being a producer, and bringing songs from, say, Christine (McVie) and Stevie (Nicks) to life. But working on your own is like a painting, I would say. You start putting a few colors down, and then the canvas will lead you off in a different direction. . . But there’s validity to both, and I couldn’t have one without the other.”

Buckingham shed light on being a fully self-taught musician: “I’ve never had a music lesson in my life. I got a toy guitar when I was six, and an Elvis Presley songbook. That’s it. My orientation of guitar playing from the very beginning came from me not having lessons, so there was no one around me to tell me what was correct and incorrect. I just found my own way, and my own style. It’s more a case of imagination over knowledge.”

Lindsey Buckingham told us recording as a solo act is entirely different than recording as part of Fleetwood Mac: “The way I work when I'm on my own, I mean, it's very much like a painting, as opposed to working with a group. Fleetwood Mac was a lot like making a movie in the studio, because it's more verbalizing, and there's more links in the chain to get from point A, to point B, to point C. Whereas, if I'm working on my own, in a fairly quiet situation, it's like a painter with a canvas where you may have a certain intent when you start out — and you have a color here and you're filling it out and at some point the canvas will start to speak to you and take on a life of it's own and direct you in another direction. And that was a lot of what I was interested in doing.”