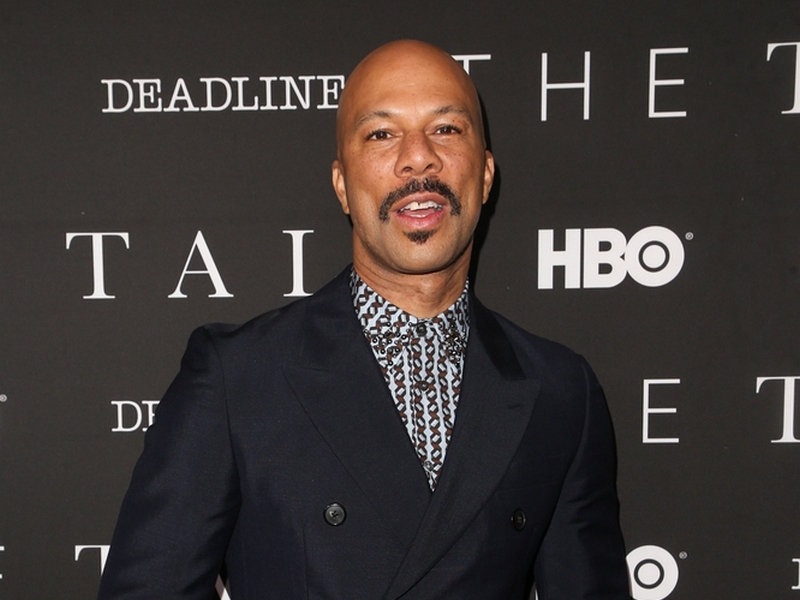 COMMON SPEAKS ON BREAKUP WITH TIFFANY HADDISH: In an interview with Hollywood Unlocked, Common revealed why he and Tiffany Haddish broke up. He said that their busy schedules didn't allow them to “spend as much time and put as much energy into our relationship.” He went on, “I don’t think the love really dispersed … we weren’t feeding the relationship … neither one of us is gonna stop. We both care about our crafts and what we do. We care about love too and partnership, but I think the energy that has been put into our careers and continuing to want to do the things that we do for ourselves and for people … it was hard for me to balance all of that and keep the relationship fed.”

SLIM 400'S MURDER CAUGHT ON VIDEO: Slim 400's murder was caught on camera. According to TMZ, law enforcement sources confirm that there is a video floating around of the shooting. On the tape, you see the suspect walk up to a driveway in Inglewood, where Slim 400 was sitting with a gun in hand. The shooter approached the driver's side of the vehicle, where Slim was seated. Then you see a flash and hear a gun go off. Then you see Slim lunge at the suspect. More shots rang off as Slim continues to move toward the street with the gunman. Cops arrived after responding to a call of shots fired on Wednesday evening (December 8th) and discovered Slim in the driveway. He was transported to a local hospital where he was pronounced dead. There haven't been any arrests made in connection to the killing. Slim 400 was 33.

CHANCE THE RAPPER TRENDS AFTER ACCIDENTLY EXPOSING HIS PRIVATE AREA ON FACEBOOK LIVE: Chance The Rapper was trending on social media after he accidently exposing his privates on Facebook Live. Chance went live to talk to his fans while he was using the restroom and accidently pointed the camera towards his private area. Chance hasn't addressed the mishap yet.

EVE SAYS DOCTORS TOLD HER SHE WOULD NEVER GET PREGNANT: During an interview with The Tamron Hall Show, Eve said that doctors old her she'd never get pregnant because of her fibroids. She said, “You can go through 20 rounds of IVF, you can have all the sex you want—You’ve never gonna get pregnant because you have so many fibroids that your uterus actually thinks it’s already taken over, like it’s already pregnant.” She continued, “My periods were horrible, which was another thing…The specialist I went to said ‘you know your periods aren’t supposed to be painful?’ All my life since I was a kid I just thought we’re women, we’re girls, you get painful periods. That’s what you’re told.” Eve ended up getting a myomectomy to remove the fibroids.