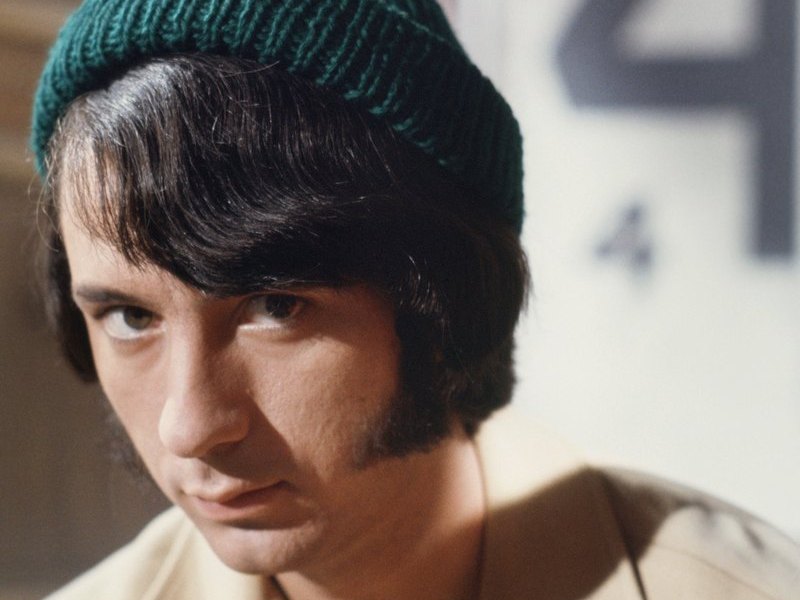 The Monkees’ Mike Nesmith Dead At 78


The Monkees' Mike Nesmith died on December 10th of natural causes at age 78, according to Rolling Stone. His family issued the statement, “With Infinite Love we announce that Michael Nesmith has passed away this morning in his home, surrounded by family, peacefully and of natural causes. We ask that you respect our privacy at this time and we thank you for the love and light that all of you have shown him and us.”

On November 14th Nesmith wrapped up the final Monkees tour dates in L.A. with Micky Dolenz as part of the pair's farewell tour. Nesmith had been struggling with heart disease in recent years and in 2018 underwent quadruple bypass surgery. He is the third of the Monkees to pass with Davy Jones dying from a sudden heart attack on February 29th, 2012 at age 66 and Peter Tork dying on February 12th, 2019 at age 77 following a decade-long battle with adenoid cystic carcinoma — a rare cancer of the salivary glands

Sole surviving Monkey Micky Dolenz said in a statement: “I’m heartbroken. I’ve lost a dear friend and partner. I’m so grateful that we could spend the last couple of months together doing what we loved best — singing, laughing, and doing shtick. I’ll miss it all so much. Especially the shtick. Rest in peace, Nez. All my love, Micky.

Dolenz, who earlier this year released a new album of Nesmith songs, titled Dolenz Sings Nesmith, told Rolling Stone, “I found out a couple days ago that he was going into hospice. I knew what that meant. I had my moment then and I let go. I let go a couple days ago. It’s just good to know that he passed peacefully. We were onstage just a few weeks ago. I’m so glad that we did that tour. He was so looking forward to that, and such a trooper through the whole thing. A tour is tough if you’re in the best of health. He just really loved it. He really loved doing it. . . It’s not my place to talk about how the exact state of his health towards the end of his life. But it’s public knowledge that just a couple of years ago, he had a quadruple bypass. It’s also no secret he was a Christian Scientist. . . I don’t really see myself as the last Monkee, but it’s the end of an era. That’s for sure. That’s what happens. None of us are going to get out of this alive.”

In 2020, the Monkees were back on the charts with their latest concert collection, The Monkees – The Mike & Micky Show Live. The album hit Number 13 on the Billboard Top Albums chart, Number Two on the Internet Albums list, Number Three on Current Pop Albums chart, and Number 45 on the Current Digital Albums chart.

Back in 2017, Mike Nesmith released his autobiography, Infinite Tuesday: An Autobiographical Riff, along with a companion “soundtrack.” The set features a teaser from Nesmith's pre-fame recording output, a clutch of his Monkees classics, along with tracks from his critically acclaimed solo career — including one song each from all his solo sets. Nesmith's book plotted his course from being raised in Texas without a father to his strong-willed mother, Betty Nesmith Graham, who famously went on to earn millions by inventing Liquid Paper and leaving Nesmith a reported $25 million upon her death in 1980, his stint in the Monkees, his ground-breaking work as a country rock pioneer, and his era-defining late-'70s video music productions by his company Pacific Arts, which pre-dated and led directly to the creation of MTV.

Nesmith will forever be remembered for writing such Monkees classics as “Mary, Mary,” “Circle Sky,” “Listen To The Band,” “Daily Nightly,” “You Just May Be The One,” “You Told Me,” “The Girl I Knew Somewhere,” “Auntie's Municipal Court,” “Tapioca Tundra,” “Good Clean Fun,” “Papa Gene's Blues,” “Sunny Girlfriend,” “The Kind Of Girl I Could Love,” and many more.

Apart from his success with the Monkees, Nesmith also wrote Linda Ronstadt's 1967 hit with the Stone Poneys, “Different Drum.” His post-Monkees work with the First National Band scored him a 1970 Top 25 hit with “Joanne” and Nesmith is regarded — alongside the likes of Gram Parsons — as being among the pioneers of country rock.

Although he balked at on the original Monkees reunions, Nesmith was back on board for the group's ill-fated 1997 trek, which included their Justus album, the TV special Hey Hey We're The Monkees, and a brief UK tour — after which he bailed on the band, only to rejoin in 2012 following the death of Davy Jones.

Shortly before his death, Davy Jones spoke frankly about Nesmith's talents: “He's a friggin' genius, OK? And most geniuses are unpredictable and very difficult, and they're never satisfied with what they do.”

At the time, Jones told us that he still held a grudge against Nesmith for bowing out of the U.S. leg of the Monkees' 1997 reunion tour — especially after making them rehearse so diligently for it: “He just didn't show up; he never even called. Y'know it was all about this. . . When we were rehearsing for '97, (imitates Nesmith) 'We gotta go down and woodshed, we gotta woodshed this boys.' Y'know, 'woodshed it.' We rehearsed for three months. We don't need to rehearse for three months; we're the friggin' Monkees, okay!? We get up there, I play a few notes on 'Last Train To Clarksville,' and rhythm guitar on 'I'm A Believer' — this ain't brain surgery!”

To his credit, Mike Nesmith had a knack for knowing what would work for him creatively — and what would not — especially in terms of the '97 Monkees reunion: “By the time it was supposed to go to the next stage — 'Okay, you wanna take this tour on the road? Go ahead. I don't think it's good enough to take on the road.' Now, what I did think was hot was the special. There were several things wrong with it: The main thing being the laugh track. It was designed to not have a laugh track. It was designed to have a laugh track as part of the gag in one place. But other than that, it was just supposed to play out like Monty Python.”

Back when Mike Nesmith first began appearing with the Monkees again, following Davy Jones' 2012 death, we asked Micky Dolenz how he was holding up: “'Nez’ is getting his sea legs, y’know? He’d be the first one to tell ya — the first time we went out on the road (laughs), it was like, a helluva wake-up call — and he stepped up to the plate, but, y'know. . . But, he’d be the one to admit, that was a helluva wake-up call, y’know, hittin’ the road and doin’ four or five shows.”

Micky Dolenz explained to us that although Mike Nesmith had been physically absent from the band for most of the last 30-plus years, his songs never have been: “I must say, I love the novelty, in a way, of playing with Mike — but then again, I've always done a lot — and we always have — a ton of Nesmith material.”

Although the inner band conflict between the Monkees is the stuff of legend, Micky Dolenz told us that whenever a group of people has been as closely linked to each other as the Monkees were, it's only natural to bicker: “You become siblings. I mean the relationship becomes like siblings. And if you have siblings y'know, that sometime you love 'em, sometimes you hate 'em, you get in fights, but you'd die for each other, y'know, if it came down to it. But when you spend that much time and you go through that kind of situation. . . I mean, I probably spent more time over the years with some of those guys than I have with some of my siblings.”

Not too long ago, we asked Nesmith to give us the back-story on writing one of his earliest and still most beloved Monkees songs: “'Papa Gene's Blues' I wrote in my apartment that (my wife Phyllis) and I were living in the San Fernando Valley. And typically what I would do in those days — which is pre-Monkees — was write a song a day. Take the guitar, get the chords worked out, do a quick turn around the chord, then sing the lyrics that I understand and then the nonsense lyrics, I go 'nom-nom-nom-nom-no' and then start crafting from there.”

In recent autobiography, Infinite Tuesdays, the Mike Nesmith recalled the group traveling to London in early-1967 with Nesmith and his first wife Phyllis staying with John and Cynthia Lennon at their Weybridge estate during the recording of Sgt. Pepper: “It was just a small bedroom, one of many that he had. I remember a lot about the poster for '(Being For The Benefit For) Mr. Kite' being in John's little music room and us sitting there painting that piano — he had the paintbrushes and everything. Sitting side-by-side playing the piano with him, and when he would play 'Mr. Kite' for me. 'Showed me how it went and sharing the music space with him, that was really nice. It was good. He was, y'know, gifted.”

Noted Beach Boys author, documentarian, and West Coast historian, Jon Stebbins told us that both culturally and musically, the Monkees are far more important than the rock community has ever recognized — and rates Nesmith among the best of the California-based pop-rock writers of the second half of the '60s: “It's funny because if you think about it, they're one of the only iconic '60s bands that, y'know, you can have the four original members that we all know (what) their names were. I mean, how many other acts do we know the first names of all four guys? I mean, it's like nobody. . . Everybody wants to wash their hands of it now, but I don't know — I don't understand that. I don't understand why, because their stuff holds up. Y'know the album tracks on their third and fourth albums are as good as any of the A-sides that anybody else was putting out around that time.”