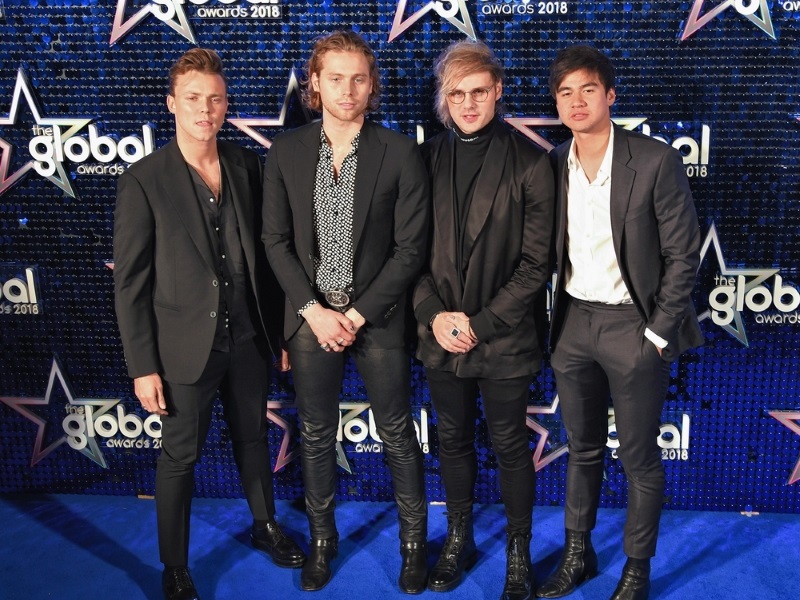 5 Seconds of Summer surprised fans on Friday (April 1st) with the release of their new song “Take My Hand.” The song dropped just before the band kicked off their Take My Hand World Tour last night (Sunday, April 3rd) with a sold-out show at Dublin, Ireland's 3Arena.

The song was written by 5SOS member Luke Hemmings. This is the second track off their upcoming fifth studio album. He said, “'Take My Hand' is a song the band is extremely proud of. We’re always proud of what we create, but this one is special. This one really feels like the heart of 5SOS. It’s about the fear of change in yourself and becoming accustomed to how you’ve always been. This song speaks on finally embracing that fear and embracing changes, because they’re changes for the better. It’s about realizing how lucky you are and never letting go of the one who helped you get to that place . . .”

“Take My Hand” follows the release of the band’s hit “Complete Mess,” which continues to climb the Hot AC and Top 40 radio charts.