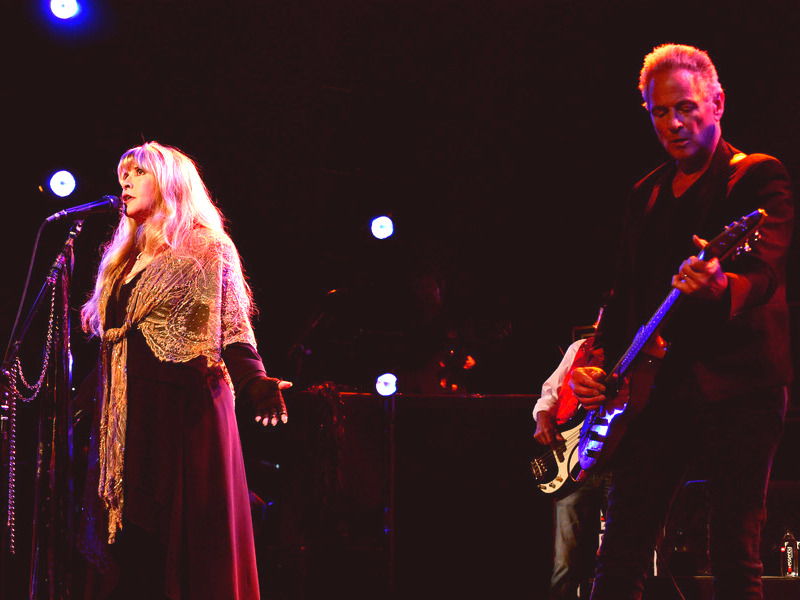 Lindsey Buckingham is still confused over his 2018 firing from Fleetwood Mac. Buckingham, who kicks off his North American dates tonight (April 5th) in San Francisco, spoke to Record Collector, and discussed the band, which now features his replacements — Mike Campbell from Tom Petty & The Heartbreakers and Crowed House leader Neil Finn.

Buckingham admitted, "I never saw any of the shows, so I can’t really comment on it fairly, but having looked at the setlist I thought some of the material ran a little broad. There was a lot of Peter Green stuff in there, which is fine when you consider his importance to the band’s history, but, you’ve got (Tom Petty’s) 'Free Fallin'' and (Crowded House’s) 'Don’t Dream It’s Over,' which might be considered a little, y’know, off-the-radar."

Buckingham believes the perceived slight Stevie Nicks feels he threw her at Fleetwood Mac's 2018 MusiCares tribute was small potatoes in the grand scheme of the band's long and storied history: "The only thing I would say in general is that what led to that state of affairs was nothing I’d call particularly important. Compared to what we’ve gone through in the past and were able to rise above during the 43 years of my life I spent with the band, it was a relatively easy hurdle to negotiate."

Buckingham, who in the recent past revealed he would be open to mending fences and rejoining the Mac, went on to say, "I just felt that a lot of what Fleetwood Mac was — and is — has to do with the five of us surviving, rising above the smaller problems to keep our eye on the big picture. I felt that was a good part of our legacy, and I didn’t think getting Mike and Neil in the band was the best solution to whatever conflicts there were. I actually think it’s damaged the legacy, and that’s what really bothers me."

Not long before his sudden firing in 2018, Lindsey Buckingham, who met Stevie Nicks in high school back in 1967, told us that his romantic relationship with the iconic singer during the first half of the 1970's not only informed all of their music at the time, but continues to influence their relationship today — despite the ex-couple long moving on with their lives and forming new relationships: ["There’s a thread you can trace between when Stevie and I joined (in 1975) and the present, I mean that is certainly it. Even backtracking to, y’know, having known Stevie since high school. I mean, all the things leading up to that and all the things that have happened since then. . . And it’s a bit ironic, and a bit miraculous that after all this time, the more vulnerable parts of the two of us are still adjusting and still evolving around each other in ways that speak of there being a significance to each other, musically.”] SOUNDCUE (:32 OC: . . . each other musically)