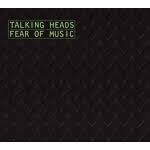 “Life During Wartime” was one of Talking Heads' most popular tracks and a staple of their live performances. It's also one of the band's most political pieces, imagining a landscape after a political breakdown, and sung in the voice of a guerrilla who narrates his movements and survival techniques.

Singer-guitarist David Byrne explained, “I wrote this is my loft on Seventh and Avenue A. I was thinking about (German terrorists the) Baader-Meinhof (gang), Patty Hearst, Tompkins Square. This is a song about living in (New York's) Alphabet City.”

Byrne also noted, “The line 'This ain't no disco' sure stuck! Remember when they would build bonfires of Donna Summer records? Well, we liked some disco music. It's called dance music now. Some of it was radical, camp, silly, transcendent, and disposable. So it was funny that we were sometimes seen as flag-bearers of the anti-disco movement.”

The song itself was built from a jam at the New York City loft of husband-and-wife Heads Tina Weymouth and Chris Frantz.

Byrne used to spice up live performances of the song by running laps around the stage or by running into the crowd.