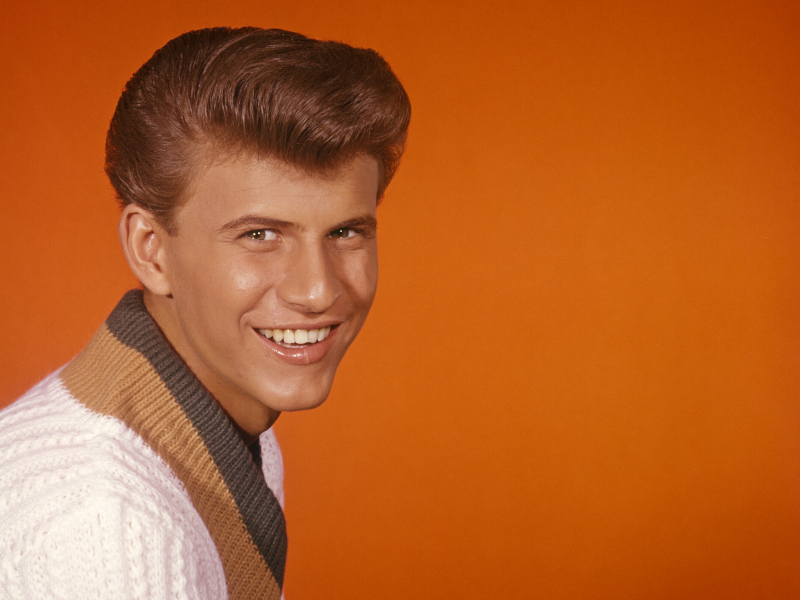 Early-1960s's pop sensation Bobby Rydell has died at the age of 79 of pneumonia, according to TMZ. Rydell, who also appeared in 1963's Bye Bye Birdie, will forever be remembered for his string of 19 Top 40 hits — including his 1960 Top Two signature smash "Wild One" and such Top Ten favorites as "We Got Love," "Swingin' School," "Volare," "The Cha-Cha," and "Forget Him."

In later years, he often toured with fellow Philly icons Fabian and Frankie Avalon as "The Golden Boys Of Bandstand." Rydell, who was born Robert Louis Ridarelli on April 26th, 1942 in Philadelphia, is survived by a son and a daughter. He was saluted in the musical Grease, with its high school — Rydell High — named in his honor

Not too long ago, we asked Bobby Rydell when he knew that music would be his calling in life: ["I guess it was from the downbeat, to tell you the truth. Honestly, this has never been a job for me. Y'know it's a lot of fun to get up onstage and do what you do and try to please an audience. So if it ever becomes a job, I think that's when I would, y'know, think about it, get second thoughts, and y'know, hang it up."] SOUNDCUE (:18 OC: . . . hang it up)