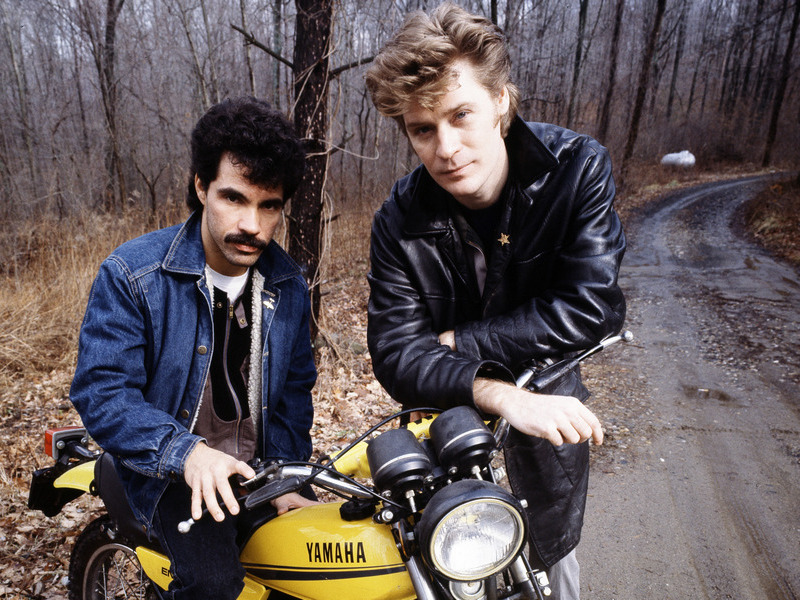 Out now is John Oates With The Good Road Band – Live. The set features live tracks from his 2018 shows in support of his critically acclaimed Americana album, Arkansas. 2020 saw the release of Live From Nashville, which features his touring ensemble, the Good Road Band.

In 2017, Oates published his autobiography, Change Of Seasons, via St. Martin’s Press. In addition to his legendary work with Hall & Oates, the memoir discusses all aspects of Oates personal and professional life.

Back in 2015 John Oates, who juggles acoustic solo dates between Hall & Oates shows, issued his latest live DVD, the Nashville-based Another Good Road. In April 2014, Hall & Oates were finally inducted into the Rock and Roll Hall of Fame during the annual ceremonies held at Brooklyn's Barclays Center — a full 17 years after they first became eligible.

Born in New York City in 1948, John Oates met Daryl Hall in 1967 and the pair released their first album, Whole Oates, in 1972. With 19 gold and platinum records, they're the most successful duo in rock history. John Oates says that he has his doubts whether Hall & Oates would have been as successful in today's musical climate: “Fortunately for Daryl and I, in the days when we started we were allowed to make mistakes — we made three or four albums before we had any success. But in today's climate, if a Hall & Oates were to appear, who knows if you'd ever hear them? Not to say that what we've contributed to the music world is that great but, y'know, we have a legacy of pop music that we've created over 25 albums that would never exist in today's climate. And who knows how many amazing, talented people are out there with the potential to do who knows what, who may never get a chance to express themselves.”

John Oates says that although he and Hall are officially the most successful duo in the rock era, they always considered themselves part of a larger entity: “We're two musicians, we're both self-sufficient, we can work on our own. We enjoy working with other people, it brings a breath of fresh air to the creative process, from the very beginning. We never saw ourselves as a classic 'duo.' We always had a band, the band was always a major part of our sound and our creative process. So even though we're two guys, kind of, on our album covers, there was always a cast of very important people working in the background.”

John Oates told us that regardless of the genre — like everything he's ever recorded — its all starts acoustically with the song: “Daryl (Hall) and I have always been song purists. I mean, if you look at our early stuff, it is much more singer-songwriter oriented. Y'know, and then, of course, we went in a lot of different directions, y'know, experimental rock, and obviously the '80s were all about this pop thing that we got into. But the truth of the matter is, even during all of that; in my musical soul was this music. And I always returned to it — it's just that no one ever knew about it and the massive popularity of what I was doing with Daryl, of course, overshadows everything.”