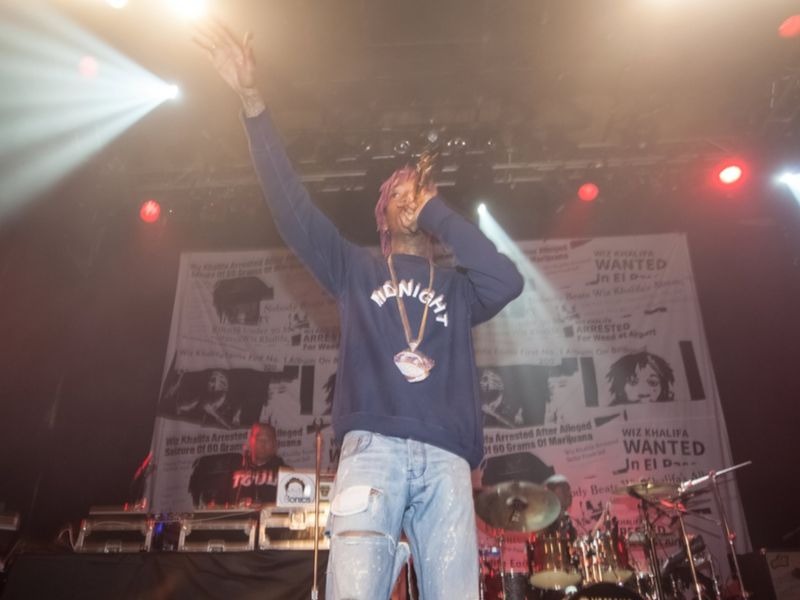 Gillie Da Kid appears to no longer have his original Instagram page after sharing on IG that he unfollowed Wiz Khalifa because of Wiz's gym clothes last week.

Gillie revealed on Twitter on Saturday (April 9th) that his IG has been removed.

He tweeted, “U tell a ni**a put sum shorts on he tells IG ur bullying him and gets ur page deactivated. Ni**a I was playing des rappers so p***y.”

Wiz appears to have denied getting Gillie's page removed. He tweeted, “I didn't get that child's Instagram deleted. I even offered to help him get his page back and he declined. See ya.”

Last week, Gillie said on IG, “It's a little crazy today ’cause I had to unfollow one of my brothers. Wiz Khalifa, man. I love you brother. I'm still riding around banging 'Black and Yellow' and when I 'See You Again.' You a legend, man. It's Pennsylvania, baby. Philly to Pittsburgh, but I had to unfollow ’em today, man. Every time I come on my page, man. You in ya draws, man. You giving up strap and ball action, man. Everyday, man? I can't do eight balls in the corner pocket when I wake up, man. So, I had to unfollow you, playa. But I love you, though. You know you my brother for life.”

Wiz responded to Gillie at the time and said, “Not responsible for your childhood trauma.”

Wiz then replied via in IG video and said, “The same niggas who be telling me to put clothes on in the gym or unfollowing me because I make them uncomfortable, y’all the same niggas who laughed at people when they read in high school or said that you sound stupid because you sound smart. Y’all are negative, and you know what I do with negativity? See ya.”