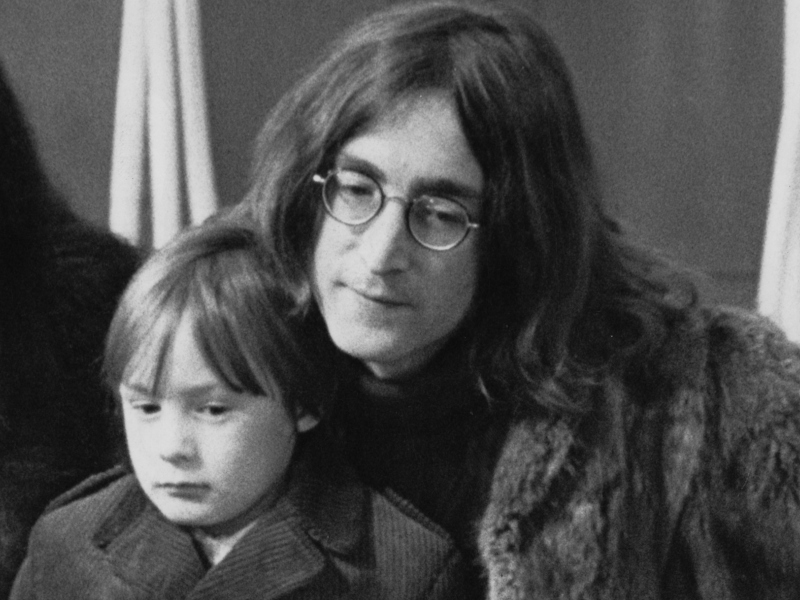 Julian Lennon Performs ‘Imagine’ In Solidarity With The Ukraine

On Friday (April 8th), which was also his 59th birthday, Julian Lennon sang his father, John Lennon's global peace anthem “Imagine” for the first time publicly as part of Global Citizen's Stand Up For Ukraine. Julian, who over the years has turned down countless requests to perform his father's best-loved solo song, sang the 1971 classic on video, accompanied by Extreme's Nuno Bettencourt on acoustic guitar and harmony vocals.

Julian posted a message on his YouTube page under the video:

The War on Ukraine is an unimaginable tragedy…

As a human, and as an artist, I felt compelled to respond in the most significant way I could. So today, for the first time ever, I publicly performed my Dad’s song, IMAGINE.

Why now, after all these years? – I had always said, that the only time I would ever consider singing ‘IMAGINE’ would be if it was the ‘End of the World’…

But also because his lyrics reflect our collective desire for peace worldwide. Because within this song, we’re transported to a space, where love and togetherness become our reality, if but for a moment in time…

The song reflects the light at the end of the tunnel, that we are all hoping for…

As a result of the ongoing murderous violence, millions of innocent families, have been forced to leave the comfort of their homes, to seek asylum elsewhere.

I’m calling on world leaders and everyone who believes in the sentiment of IMAGINE, to stand up for refugees everywhere!

Please advocate and donate from the heart. #StandUpForUkraine

Also on Friday (April 11th), Julian released the first two songs from his upcoming album, titled Jude. Now available for streaming and purchase are the album tracks, “Freedom” and “Every Little Moment.” No release date for the album has been announced.

Amazingly, it's been nearly four decades years since Julian Lennon broke on the scene with his late-1984 debut album, Valotte. Julian was recently pressed as to what he thinks his father would make of his music: “I would hope he'd be proud of what I'm doing. It's been a long road, and I seriously consider the art of songwriting a craft — a very serious craft that I've worked very hard to try and do as well as I possibly can. So, I think he'd see that I'm doing the best I can.”

IN OTHER LENNON NEWS

A new officially sanctioned John Lennon biopic is in pre-production. The movie, which is being produced by Yoko Ono and son Sean Lennon, has the approval of both Lennon's eldest son Julian Lennon and the support of the Beatles' company Apple Corps.

According to Showbiz411.com, “Anthony McCarten, who wrote the ginormous hit about Freddie Mercury and Queen, Bohemian Rhapsody, has apparently finished the screenplay. . . The movie will be 'mostly' John solo songs although it will include five key Lennon Beatles songs. The producers have access to all Beatles songs if they desire.” No title or start date has been announced.

John Lennon considered a true mark of success being able to create his work without the constraints of the music business and/or his detractors: “We've never had any real trouble with self-expression. There's an occasional — a record will be banned because of some prejudiced about a word, or something. All our demonstrations. . . of what we are and what we stand for have always been done in a way, like the Bed-in and things that people can't really complain about. Although they can wonder what we're doing, so everything that we did is done in such a way as not to get ourselves in some kind of corner, y'know?”