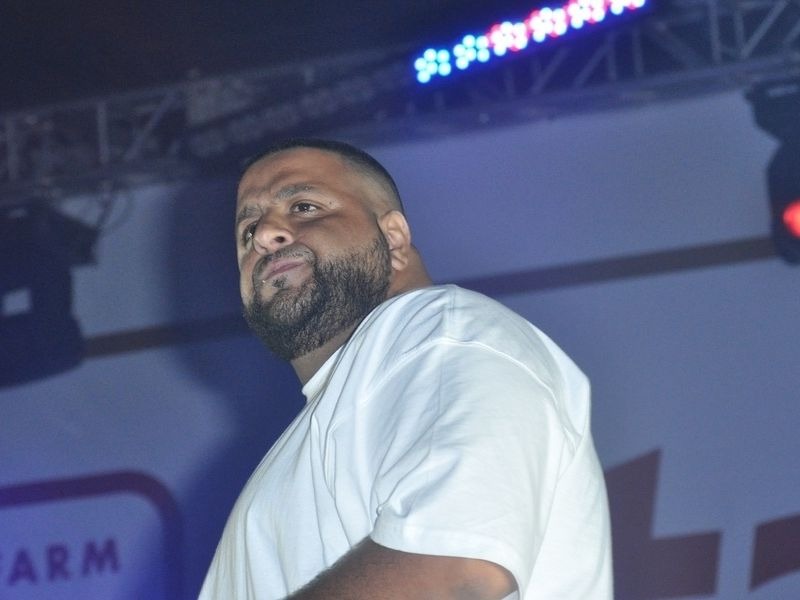 Yesterday (April 11th), DJ Khaled was honored with a star on the Hollywood Walk of Fame. Jay-Z, Diddy and Fat Joe attending the event. Fat Joe told the audience, “When I think of Khaled, I think of love.” He continued, “In hip-hop for a long time, we haven’t really embraced fatherhood. Nobody has done it like Khaled. Music-wise, there’s nobody with a greater ear.”

Diddy also spoke on Khaled's “relentless” hustle and “unmatched” work ethic, saying, “You’re a pioneer, an icon, a brilliant business man. But most importantly, you’re a great friend to all of us that’s here—a great father, a great husband, and one of the greatest people I’ve ever met.”

Diddy added, “Khaled means forever and I want to congratulate you on something that will be here forever to mark the great work that you’ve done.”

Khaled thanked his friends, family and sons, saying, “I want my star to represent the light, the love that shines on everybody. God put me on this earth to be a light. The room could be pitch dark and when I walk in, it’s bright. This is for hip-hop. But I want to make it clear, we just getting started.”

Others that attended include Teyana Taylor, L.A. Reid, Sylvia Rhone, Steve Rifkind, and Cool & Dre. Khaled’s wife Nicole and their two sons, Asahd and Aalam were also in attendance.

Khaled becomes the 2,719th star on the Hollywood Walk of Fame.