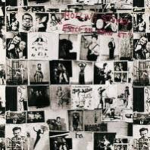 The initial sessions for the song were casual, with only Richards, producer Jimmy Miller on drums, and saxophonist Bobby Keys playing percussion. Mick Jagger's backing vocals and the horns were overdubbed later.

The song's success had many around Richards urging him to do a solo album, but he held off until 1988, when he released Talk Is Cheap.

Recorded at Richards's villa in the south of France, Exile continued the mystery of the spelling of the guitarist's surname. It featured an “s” on the album cover, but he was referred to as Keith Richard on the discs.

Exile was the Stones' first and only double-album studio recording.

Exile was packaged with a set of postcards that told the comical story of the arrival of Jagger's “Auntie,” depicted the band's fall from grace, and ended with guitarist Mick Taylor suggesting an early retirement.

Early titles for Exile were Eat It and Tropical Diseases.

In his memoir Stone Alone, former bassist Bill Wyman wrote that the Exile period was a time of heavy drug use for the band: “Our sessions for the album…marked a very tense time to be around the Stones, and were eventually immensely damaging to the band and practically everyone around us. Practically everyone dabbled in drugs at that time.”

Wyman also wrote that in the mixing of the album, Richards had to be flown to Switzerland for a “drug cure” at a clinic there — the source of the continuing rumors about Richards going abroad to have his blood “changed” periodically.

Despite that, many Stones fans and critics consider Exile to be one of, if not the, finest album the band has ever made.