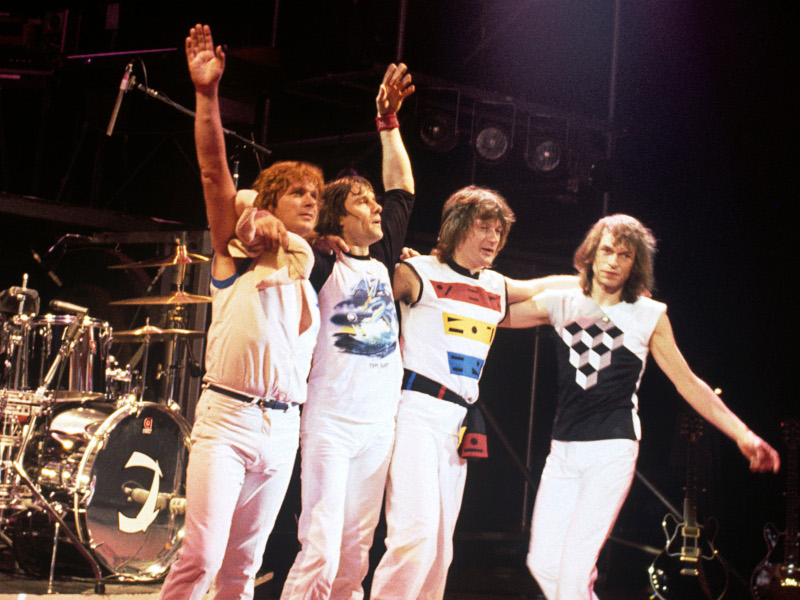 Set for release on June 10th is the deluxe box set Asia In Asia: Live At The Budokan, Tokyo, 1983. With co-founding bassist John Wetton splitting from the band just before hitting the road, drummer Carl Palmer enlisted his Emerson, Lake, & Palmer bandmate Greg Lake to step in and despite a short period for Lake to learn the songs, the Japanese gigs were hailed a great success.

The second of three shows at the Budokan arena on December 6th, 1983, would make history as first live broadcast between Japan and MTV, and featured are some of Asia's most enduring hits: “Heat Of The Moment,” “Time Again,” “Only Time Will Tell,” “Sole Survivor, and “Wildest Dreams.”

Carl Palmer recalled in the new set's announcement: “Greg Lake did a great job jumping into John's shoes. So many songs to sing, he did it so well.”

Keyboardist Geoff Downes said the new live set proves Asia's incredible resilience: “It deserves its place in the Asia catalogue. It demonstrates the level of professionalism that we have always striven to bring to the Asia name.”

Back in the early-'80s, founding bassist and primary songwriter John Wetton battled back against critics who deemed Asia a “corporate” band created only for commercial reasons: “If there was such a formula for a song, everybody would be writing hit songs, right? That's what's been leveled at us is that we write formula songs and that we'd been put together 'round the boardroom — which is totally untrue. There's never been a band come together more organically than this one, really. We certainly weren't looking for, y'know, 'megastars' to put a band together and told it would sell records. It never works doing that.”