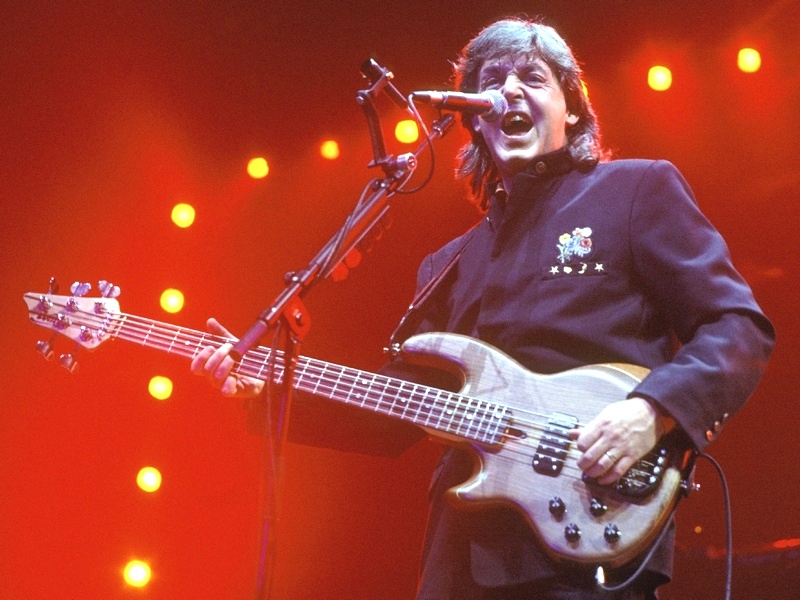 Newly published is Adrian Allen's Paul McCartney The World Tour 1989-90. The book, which is by far the most exhaustive account of McCartney's comeback tour, runs over 320 pages and chronicles every show played on the former-Beatle's most extensive outing to date, taking in a total of 108 concerts across Europe, North America, Japan, and South America. The new book serves as the followup to Allen's groundbreaking 2021 tomb, Wings Live: On Tour In The '70s.

The 1989/1990 world tour kicked off with a 28-date European leg on September 26th, 1989 in Oslo, Norway. McCartney, in response to his dwindling chart appearances, packed the comeback show with 50 percent Beatles classics — most of which the "Fab Four," who retired from the road in 1966, never got the chance to play live.

Paul McCartney The World Tour 1989-90, has numerous first-hand fan accounts, chapters on McCartney's "studio years" and one-off performances leading up to the historic tour — along with an overview of what transpired professionally for "Macca" before launching his 1993 "New World Tour."

When meeting the press on November 27th, 1989 during his L.A. run, Paul McCartney spoke about how he prepped for his first concert tour in a decade: ["Basically, I just looked at all the other tours that were out and thought, well, if we're seriously going to be up there at the (L.A.) Forum, at Madison Square (Garden) where all the other big acts go, we've gotta get something pretty hefty together. So, first of all, we worked on the band and tried to get the music right. That's been the big priority all along, is to just make sure that even if we turn up in an old shack — we can play good. But then we started to get involved with the people that put these tours on. And at each level, we've tried to really find someone great. So, Mark Brickman on the lights is brilliant. He did the (Pink) Floyd's last tour."] SOUNDCUE (:35 OC: . . . Floyd's last tour)

For more information on Paul McCartney The World Tour 1989-90, log on to: https://paulmccartneyafterthebeatles.com/