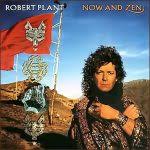 The song features guitar solos by Jimmy Page, Plant's partner from Led Zeppelin. Along with Page's contributions to Plant's semi-anonymous preceding disc, The Honeydrippers: Vol. 1, it marked one of the first collaborations between the two men since Led Zeppelin disbanded in 1980.

“Tall Cool One” samples several Led Zeppelin songs, indicating a thawing of Plant's attitude towards his old band, which had been decidedly ambivalent up to this point in his solo career.

Shortly after its release, “Tall Cool One” was used in a Coca-Cola advertising campaign.