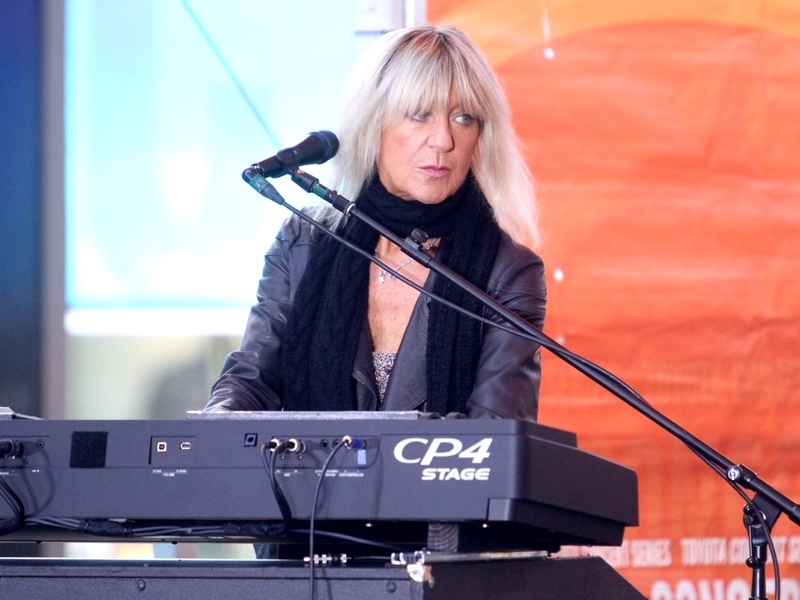 Fleetwood Mac's Christine McVie has unveiled the full tracklisting to her upcoming album, Songbird (A Solo Collection). The set, which is produced by Glyn Johns, features guest appearances by Eric Clapton, Lindsey Buckingham, and Steve Winwood, drops on June 24th and is available for pre-order in a limited-edition sea-foam green vinyl version via Rhino.com.

Songbird goes back to 1984 for a selection of tracks from the critically acclaimed Christine McVie album, which featured "The Challenge," including backing vocals by Fleetwood Mac bandmate Lindsey Buckingham and lead guitar by Eric Clapton. "Ask Anybody" is a song McVie co-wrote with Steve Winwood, who adds backing vocals and piano to the track.

Christine McVie revealed her songs often start with a few jotted down lyrical ideas: ["I keep a journal that's full of words, y'know, things that I think of. I'm a romantic person, I like to write about love — that's usually my subject. So, I had lyrics stashed away."] SOUNDCUE (:11 OC: . . . lyrics stashed away)