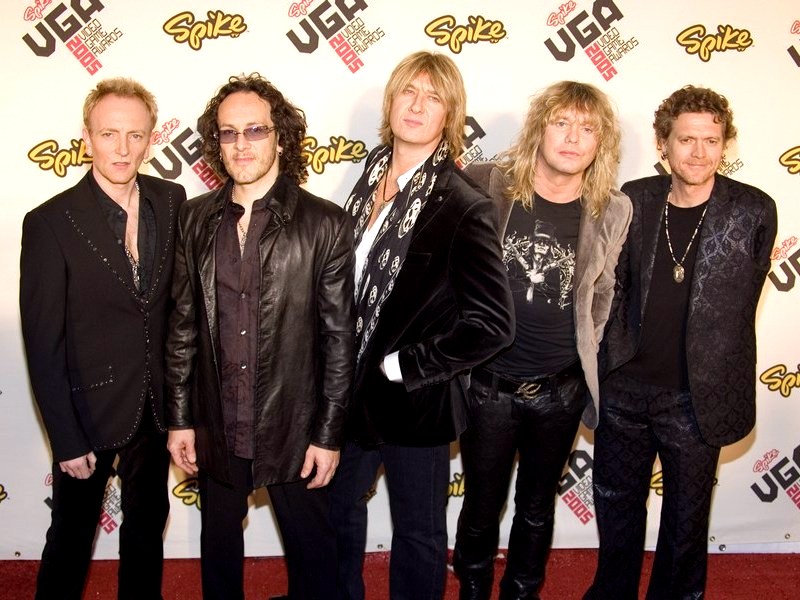 Def Leppard frontman Joe Elliott feels the delays caused by the pandemic to the soon-to-be launched “Stadium Tour” ultimately benefitted the band. Leppard will be out on the road all summer with Motley Crue, Poison, Joan Jett & The Blackhearts with opening night set for June 16th at Atlanta's SunTrust Park.

While talking to Heavy Consequence, Joe Elliott explained that having the band's new album, Diamond Star Halos in the can and ready for release upon hitting the road, is a best case scenario: “The advantage as well, now in 2022, over last year, or the year before, is that we can play some new music which we wouldn’t have been able to do in 2020. It would have been fine because that’s what the tour was set out to be, not a greatest hits tour but a trip down memory lane, your legacy, your back catalog, all the songs that people want to hear in the Stadium.”

Elliott touched upon the risks of introducing new material in a mammoth football stadium jam-packed with fans on a summer night: “It’s not the environment. If you want to play 12 new songs, you need to be in an open mic night in a basement somewhere. It’s not really what (Paul) McCartney, the (Rolling) Stones, or anybody with a brain would do in a stadium, but we can introduce some of the new songs into this tour which we couldn’t have done before.”

He went on to say, “It’s been an advantage for us that this tour got delayed for two years. Obviously, under the backdrop of a terrible situation for the world, people dying all over the place and getting sick, all we could do was write it out. The best thing we could do was to stay as safe as possible, stay as remote as possible, and not waste our time.”

Def Leppard's Diamond Star Halos drops on May 27th. Although Leppard is no doubt proud of their new material, Joe Elliott told us to never expect the band to try out unreleased material during a concert anytime soon: “Nowadays we play one song, it's gonna be on YouTube two minutes later. And it's gonna be. . . Everyone is gonna know it that cares about it, six months before the thing comes out.”

He also said that even when the new material has been released, it isn't always familiar enough to put into their set list: “We'd love to play some new songs, but at the same time, we're also aware of the fact that (even) when you play new songs that are actually out and available, they sometimes die on stage. Just not enough people know them yet.”