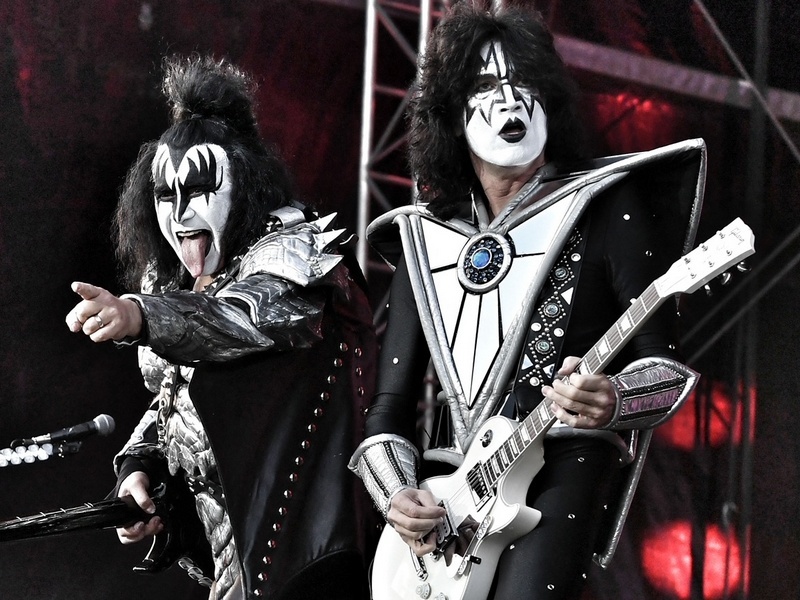 Gene Simmons revealed that in addition to packing it in on the road — Kiss is done as a recording entity. The band's last album was 2012's Top Three Monster collection.

Simmons was pressed by Classic Rock magazine as to whether he saw Kiss ever recording a followup to its 20th studio set. Simmons said, “I do not. Not to say we don’t enjoy the creative process, but Kiss is not a charity. Working your ass off to have somebody download or stream your music for free is not my idea of how things should be. When you don’t put a value on music, it doesn’t have value.”

When asked about his emotions regarding Kiss winding down its touring career, Simmons admitted: “Quite honestly, I don’t really think about it much, because we really are having the best time ever. And we’re playing better than ever. But I know that at some point there’s going to be that last song that Kiss will ever play on stage, and I know I’ll be crying like a baby and won’t be able to hold back the emotions, because what an amazing journey this has been.”

Simmons spoke about his 2006 to 2012 A&E reality show, Gene Simmons Family Jewels, and his decision at the time to expose his family and private life to fans: “I looked at it as a family video album. Also, it was a chance to teach commerce to my kids Nick and Sophie. I never gave them an allowance, so that was when they got their first paychecks.”

Gene Simmons is arguably the most unapologetic rock star out there and has always been completely comfortable letting people into his personal life: “From about 20-to-45, you can go through the, 'No, we really did crawl out from under your bed' and 'we really are the boogeyman' and all that stuff. Then, past a certain point, there's nothing left to prove to anyone. When you're filthy rich and you've been around for over three decades, it's okay to say this is who you are on stage, and this is who I am off stage. If I tried to do it other ways, it wouldn't be convincing.”

The band kicks off its North American dates on May 11th at Milwaukee's American Family Insurance Amphitheater.