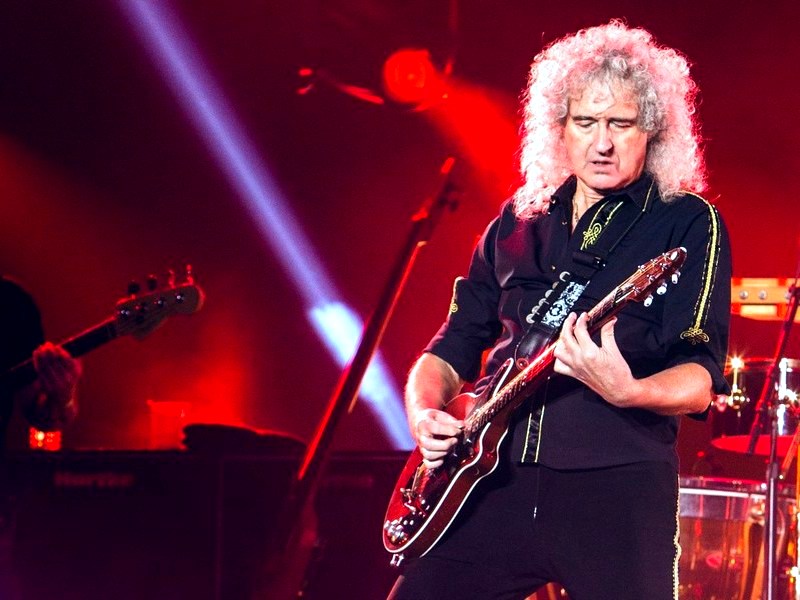 Brian May Looks Back At Paul Rodgers Fronting Queen

Queen's Brian May remains grateful for the four years in which the legendary Paul Rodgers sang with the band. Paul Rodgers — a hero of May and Roger Taylor's since his days singing for Free and Bad Company — fronted the Queen + Paul Rodgers lineup to great success bridging the gap between the late, great Freddie Mercury and today's sold out tours with Adam Lambert.

Brian May admitted to Classic Rock magazine that Queen thought the death of Freddie Mercury meant the end of the band: “We thought it was over. Roger and I were convinced it would be impossible to carry on. As soon as we lost Freddie, the spirit was gone. We didn’t even have the desire, to be honest. (The posthumous) Made In Heaven (album) was supposed to be the final chapter, then we both plugged into our solo work. And then completely by accident we met Paul Rodgers, and we thought: 'Maybe let’s work with this guy who was a hero to us and see what happens.'”

Although the trio toured the globe to sold out audiences — they only recorded one studio set together — 2008's The Cosmos Rocks. Despite hitting the Top Five in the UK, the collection stalled at a disappointing Number 47 on the Billboard 200 album list.

Brian May is still a vehement defender of The Cosmos Rocks, saying, “I am proud of that album. I think it has some really good stuff and it is underestimated. We had fun and Paul had fun. It was great. Not just him flexing his muscles on the Queen material, but also, us playing 'All Right Now' and his songs. I loved going around the world playing that stuff, boys with a new kind of toy. It was great for a while, then eventually it ran its course, and it was obvious that Paul needed to get back to his own career. But we parted on very good terms and keep in touch.”

Today, Queen remains bigger than ever, with Adam Lambert bringing some of the drama, pomp and circumstance back to Queen's live act. Brian May explained, “I can’t see that it would have worked with anybody else. He’s a voice in a billion and a presence in a billion; the showmanship, the personality, the range, his ability to reinterpret stuff . Plus he’s nice person to have around. He’s a gift from God.”

As of 2022, Queen + Paul Rodgers' The Cosmos Rocks stands as the band's final studio statement. We asked Roger Taylor if he thinks that had the album been a worldwide hit, Paul Rodgers would’ve extended his tenure with Queen: “I’m not sure. I think it — I mean, I would’ve been happy — definitely, a lot happier if it had. I don’t know. I think there was some in-built resistance to that record, which I think has some very good points to it. But, what would’ve happened, I haven’t got a clue. But, I really don’t think it would’ve, um. . . I don’t think it would’ve continued.”

Queen + Adam Lambert kick off their European dates over two nights — May 27th and 28th — in Belfast, Northern Ireland at the SSE Arena.