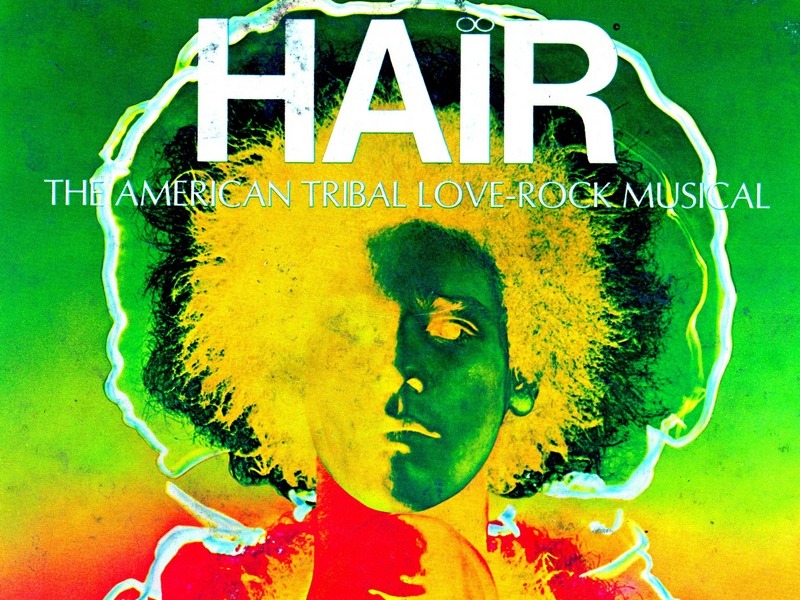 It was 54 years ago today (April 29th, 1968) that the counter-culture musical Hair opened at Broadway's Biltmore Theatre. Hair, which had run off-Broadway the previous year, was unlike any other mainstream show, featuring a story line using humor, music and sexuality to celebrate and raise understanding of the problems facing the 1960s baby-boomer generation.

The show, which was created by actors James Rado and Gerome Ragni, centered around a tribe of Central Park hippies, led by a character named Claude — played by Rado — who is eventually is shipped off to Vietnam.

The show was directed by Tom O'Horgan with music by Galt MacDermot. Several of the songs from the play's soundtrack became hits for other artists, including Oliver's “Good Morning Starshine,” which peaked at Number Three in 1969, and the Fifth Dimension's medley of “Aquarius/Let The Sunshine In,” which topped the charts for six weeks in the Spring of 1969.

Among the actors who got their start during Hair's Broadway run were Diane Keaton, Melba Moore, Nell Carter, and Keith Carradine.

Hair eventually closed on July 1st, 1972, after 1,742 performances. It was nominated for two Tony Awards in 1969, for Best Musical Play and Best Director Of A Musical Play, but lost in both categories.

There was an unsuccessful revival of the show in October 1977, which closed after 43 performances.

A movie version of Hair was released in 1979. It continues to run in independent theaters around the world.