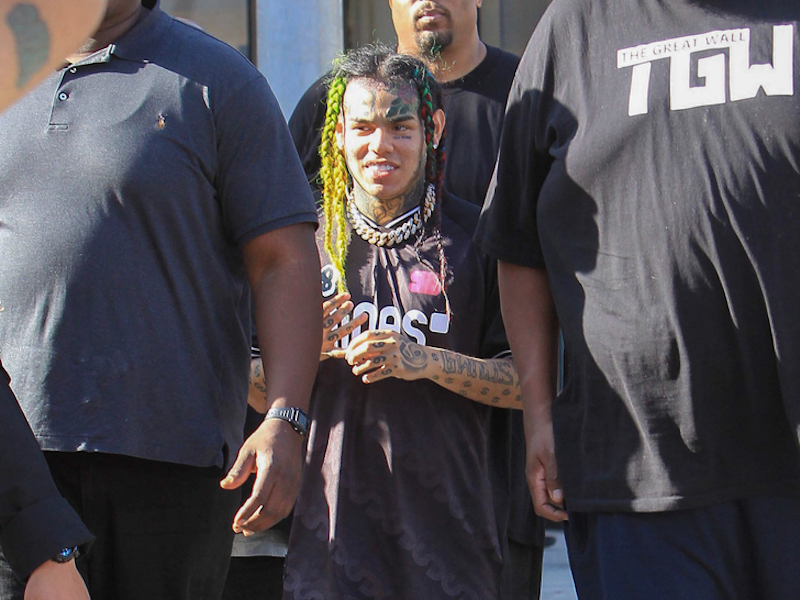 MAN SUCKER PUNCHES TEKASHI 6IX9INE AT MIAMI NIGHT CLUB: According to TMZ, Tekashi 6ix9ine appeared at Pilos Tacos Tequila Garden in Miami and upon exiting, a a man punched the rapper in the back of the head and ran off. It is unclear why the man punched Tekashi.

JOE BUDDEN COMPARES MEGAN THEE STALLION'S CASE TO CHAD OCHOCINCO AND EVELYN LOZADA'S DOMESTIC VIOLENCE INCIDENT: Joe Budden recently discussed Megan Thee Stallion's recent interview with Gayle King. When speaking about the court of public opinion, he said,”There is such thing as victim bullying.” He also compared Megan's case with Evelyn Lozada and Chad Ochocinco's case, saying, “For years, anytime his name came up, she popped up. I had nothing to do with her, but she popped up and said, ‘Hey, he did this.’ It didn’t matter the rehabilitation he did. It didn’t matter that changes that he’s made, the apologies, both public and private. For the next 7, 8, 9, 10 years, every time I do something positive, you’re gonna pop up with this victim story, and you are the victim, so I don’t take that way, but that’s bullying.” Evelyn Lozada responded, saying, “You should have used yourself as an example and kept us the f*ck out of it. FOH.”

TYGA SUED BY FORMER BUSINESS PARTNER FOR FRAUD AND BREACH OF CONTRACT: According to RadarOnline, Tyga is being sued by his former business partner Won-G Bruny, claiming that the rapper breached a contract and committed fraud. The lawsuit claims that, on January 1st, 2019, Tyga and Bruny agreed to a contract in which the rapper would pay Bruny more than $1 million dollars over a three-year period. The court docs state that Tyga did make two payments of $150K each but has yet to dish out the remainder of the alleged $1.1 million debt. Details regarding what Tyga was paying for were not named in court documents. Bruny has also accused Tyga of having a habit of “failing to make payments” while showcasing a “very lavish lifestyle.” He also claimed that by operating Tyga Music, LLC, the rapper was in breach of their contract. Tyga has not answered the lawsuit at the time of this publication.