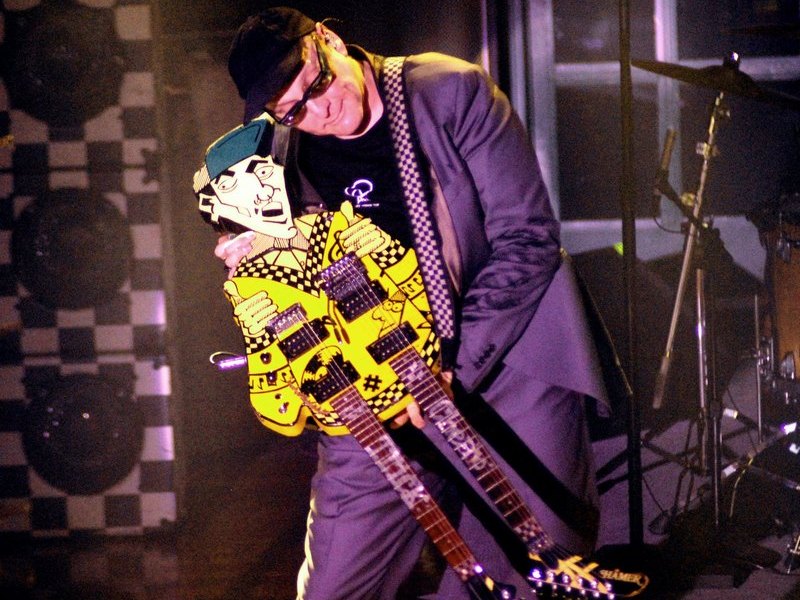 Rick Nielsen: Cheap Trick Is ‘Too Dumb To Quit’

Nearly 50 years after forming, Cheap Trick remains busier than ever with concerts running throughout 2022. The band's North American dates find them opening for ZZ Top and Rod Stewart, alternately, along with a five-city UK tour set for the fall.

Co-founding guitarist and primary songwriter Rick Nielsen chatted with Classic Rock magazine about the band's longevity and said, “The way I look at it, Cheap Trick got to do what we wanted to do, whether we had success or not. We got to make records, we got to tour. I can’t really think of too many downs, because we’re just lucky enough that we get to play. There’s a million other bands that wish they could be in our position, good and bad.”

He went on to say, “Let’s face it, we’re never going to be the next new big thing or whatever, plus we don’t dance. But the fact is I’m proud to be part of that club of people who are still out there playing music. I know that’s pretty basic, but it’s the truth. What a dream come true.”

Nielsen, a musician who has truly been everywhere and seen it all over the decades, can't help but be thrilled with the steady influx of new fans ever year: “We have all ages. And we always did, even when we were playing the clubs back in the late-'60s and early-'70s. We always had people who brought their kids along.”

He summed up the band's career by explaining, “My line for Cheap Trick is we’re too dumb to quit, so we’ll always be coming back. We’ve made 20 albums, and I don’t think we’ve run out of bad ideas yet. We’ve got a busy year on the road, but we’re planning to get back into the studio as soon as we can. We’re with Rod Stewart from June, we’re also touring with ZZ Top, then we’ll be in England. It’s a riot, it’s fun.”

Rick Nielsen told us that over the course of the band's history, they've never been motivated by sales when writing and recording new material and are now back on a major label — BMG: “It's not gonna change the world, but maybe it'll help somebody that doesn't know anything about us. Maybe we'll sell five billion of 'em — who knows, y'know? We don't do that with anything like that in mind. It's just, we do stuff for fun, and we like to play, and we're good musicians, and it's cool that we get offered — and it's cool that we took the offer and ran with it.”