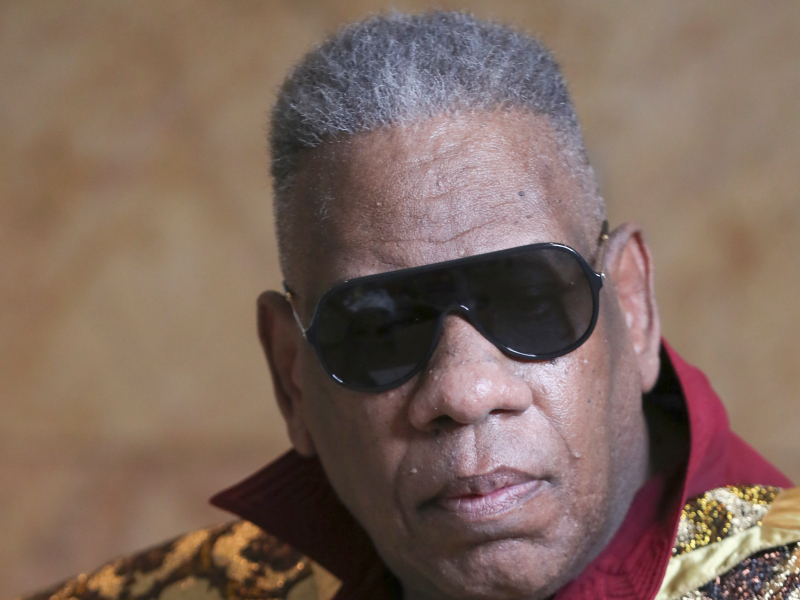 ANDRE LEON TALLEY LAID TO REST: Fashion icon Andre Leon Talley was laid to rest this past weekend. Celebrities like Anna Wintour, Martha Stewart, Naomi Campbell, Gayle King, Karlie Kloss, Marc Jacobs and Kimora Lee Simmons attended the funeral service, which was held at Abyssinian Baptist Church in Harlem on Friday (April 29th). During the service, Wintour spoke on her friendship with Talley. A source said, “She talked about their friendship, but what took her over was when she told the story about Andre crossing the Atlantic to be with her when her mother died. Her words were: ‘He crossed the Atlantic to be with me when my mother died,’ and that’s when she welled up.” The former creative director and one-time editor-at-large died back in January at a hospital in White Plains, NY. A cause of death has not been released. Talley was Vogue's news director from 1983-1987 before becoming Vogue's creative director in '88. He was 73.

TAYE DIGGS ANNOUNCES 'THE BEST MAN' SERIES ON PEACOCK: Taye Diggs has announced that The Best Man series will be coming to Peacock. Diggs posted a photo of the cast from The Best Man Holiday along with the caption, “We’re baaaaaaaaack…” In a press release given by the network, they stated, “Based upon the eponymous Universal film franchise written and directed by Malcolm D. Lee (four episodes), the series will catch up with the beloved cast as relationships evolve and past grievances resurface in the unpredictable stages of midlife crisis meets midlife renaissance.” Original cast members Morris Chestnut, Taye Diggs, Regina Hall, Terrence Howard, Sanaa Lathan and Nia Long. Additionally, Nicole Ari Parker, Ron Canada, and Brandon Victor Dixon will be added to the cast. No release date has been set.

NICK CANNON AND BRE TIESI RELEASE NEW MATERNITY PHOTOS: Nick Cannon and Bre Tiesi have released new maternity photos. Tiesi captioned the photos, “My Twin fire emoji. Thankful for you everyday. Can’t believe after all these years we are finally here. I hope my son is everything like his father. We Love you red heart emoji.” Meanwhile, Page Six reported that the two plan to babymoon in the Bahamas next week.