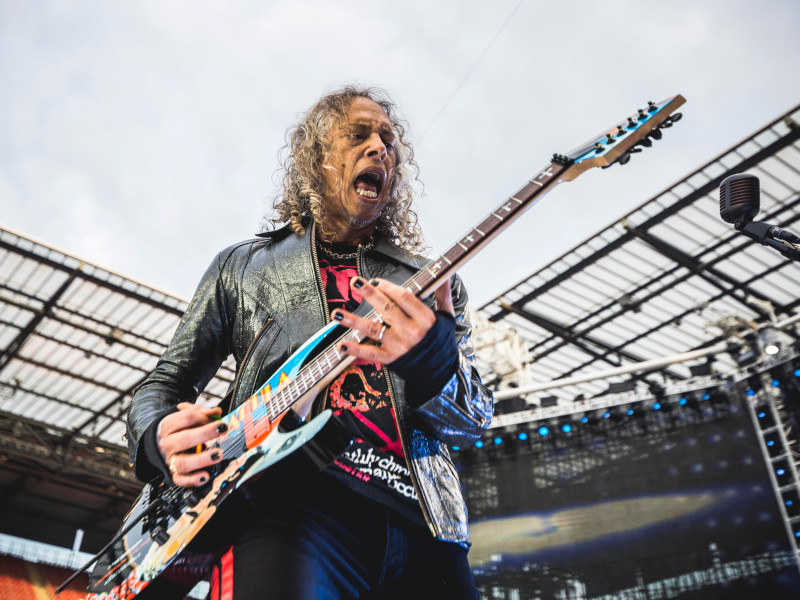 Metallica's Kirk Hammett says he got his “brain back” when he stopped drinking alcohol in 2014. During an interview with Kerrang!, during an interview with Kerrang!, when asked about how his new solo EP, Portals came about, given that Metallica split with Jason Newsted in 2001 because the band didn’t want the bassist to pursue solo projects, he said, “We’ve all grown up, basically. So the question is, Were we not grown up back then? Of course not. We’ll be the first ones – or at least I will – to put my hands up and say I only feel like I’ve reached maturity in the last 10 f*cking years.”

He continued, “Also, I have to say I’ve been sober for seven and a half years now, and my mind is in a different place. I’m better focused. I got my brain back, I’ve gotten my memory back. So nowadays I’m in a better place.”

He added that “when I got sober, I had so much more time. I was spending almost every night in a nightclub or bar and then I'd spend almost every morning recovering from that. Day in, day out, regardless of whether I was on tour or not. And now that’s been removed from my life, I have all this extra time, so of course, I’m going to play my guitar more. It’s what I love to do and as a consequence of that there’s just a higher output.”