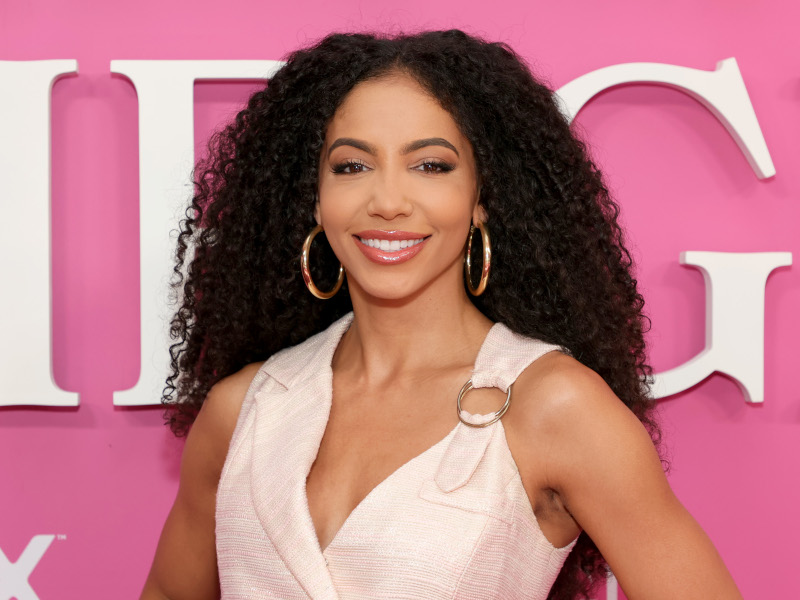 CHESLIE KRYST'S MOM REVEALS LATE DAUGHTER PREVIOUSLY ATTEMPTED SUICIDE: During today's episode of Red Table Talk, Cheslie Kryst's mom said that her late daughter previously attempted suicide. April Simpkins explained, “I think what shocked so many people is that when you see [Cheslie Kryst] on television, when you see her on Instagram, on TikTok, she’s smiling, she’s bubbly, and that was Cheslie. But, Chelsie also battled depression, which she hid." When Willow Smith asked if April saw any “preliminary signs,” April said that she did. “I knew Cheslie was suffering from depression — I didn’t know the severity of it. This was not her first suicide attempt.  She had attempted suicide before. It was after that first attempt that she and I grew very close, and I wanted her to feel comfortable calling me. ‘If ever you’re in crisis, call me.’ And she began taking all the right steps. She began seeing a counselor. She was getting good sleep at night. She knew all the things to do.” Kryst died on January 30th after jumping from her apartment building in New York City.

B. SIMONE REVEALS SHE EXPERIENCE HER FIRST ORGASM 'EVER IN LIFE' LAST MONTH: B.Simone has revealed that she just experienced her first orgasm "ever in life" last month. She tweeted, “Fun fact: I had my 1st orgasm ever in life last month. I’ve been celibate for 10 months…what does that tell you?” She continued, “I met this lady she’s an intimacy coordinator/sex educator. She has taught me so much and it’s so cool to learn things that we just don’t learn. We just start having sex not knowing simple sh*t. I mean I’m h*lla late having and orgasm (I’m not talking bout that) but other stuff.” She added, “Fellas I hope you don’t think all these women are having orgasms lol they lie or just don’t say anything …. FYI not ALL but A LOT!”